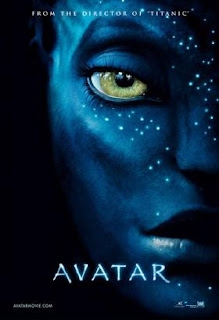 $279 million for the weekend, is an all time record. Avatar should pull in close to $79 million, showing it has legs.

The malls were packed after Christmas; in most places you couldn't even get parking.

Maybe the bears will tell us that people only went to the movies because they couldn't get parking at the malls to return their Christmas presents.

Casinos were packed this weekend also.

And they're starting to spend again.

For a lot of folks, the spend recession is over.

But for the bears, none of this matters. They'll find fault with anything.

Here's what the bears do. They say things that are true, but they're not relevant. 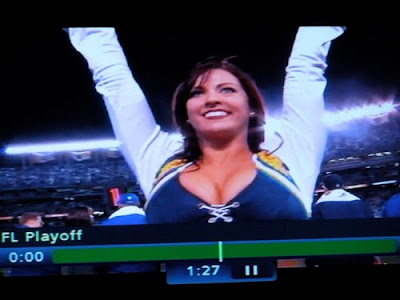 Exhibit A above is a cheerleader, at an NFL Playoff game. If she was the stock market, the bears would have to find fault with her. So they do. 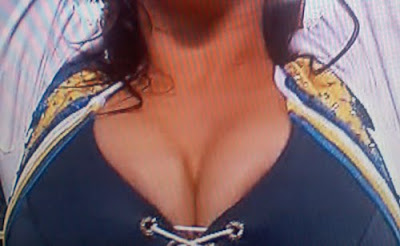 Enter Exhibit B.  The dreaded nipple slip. The bears say its an FCC fine waiting to happen--- ala Janet Jackson at the Super Bowl! Can you hear the bears making a story about that? It's at an NFL playoff --almost like the Super Bowl----Oh my!!! Fine them. And fine them now! And fire her. Make the airwaves safe! Get her off the sidelines. Let the fines start! And tighten up those strings! 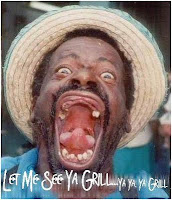 And that's what these pimps do with all their market statistics that they talk about, with all their graphs that proved nothing, that said we were heading into a depression,  with all of their useless comparisons of the US and Japan, and every one of their toothless arguments, where they try to draw conclusions from the weakest of arguments.  They then dress up their jargon into graphs, that have an element of truth that they can use to con the public with, and then, they get a legitimate front man pimping their arguments on CNBC, attempting to to con the public in believing that their economic prognostications are actionable, when they are not.

So where is Meredith Whitney with her 25% drop in house prices? Where is David Rosenberg with the re-test and new lows? Where is PIMCO's El-Erian and the "sugar high" that the markets are under? Where is Nouriel Roubini and his nabobs of negativity? And what are their positions in this market?

And these are just the "good bears."

How about all the shortsellers, that are still trapped in market hell as we bust out to new highs?

So how will their toothless story sell to the public now?

Who can't get a seat at a movie, a seat at the slots, or a parking spot at the mall?
Posted by Palmoni at 10:09 AM

Whoa Mama. I almost choked on my coffee when I saw the cheerleader zoomed in. I LOVE THIS BLOG.

I was out in the Inland Empire in CA and damn the malls were jam packed and this was one of the hardest hit in the housing down turn.

South Florida malls were completely packed. Cars on the lots were packed tighter than the cheerleader!

Palmoni, if you are pumping here that things are good, then doesn't that contradict your above post regarding Detroit? Doesn't that mean that leftist socialist policies are indeed working?

OOPS nevermind the above!

I think the economy is healing by itself--despite all the help from Washington. Detroit is big Government gone bad, but they had some help with the collapse of the auto industry.

This time shoeshine boy is the economy that is the underdog!

Milwaukee was packed, couldn't park for 15 minutes at the big malls... People were spending a lot!