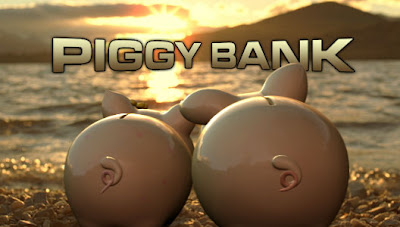 Why lend? Invest with the Fed and we'll pay you interest! We'll be the bankers piggy bank!

WASHINGTON—The Federal Reserve on Monday proposed allowing banks to set up the equivalent of certificates of deposit at the central bank, a move to help the Fed mop up money pumped into the economy to prevent inflation from taking off later.

Under the proposal, the Fed would offer "term deposits" that would pay interest. Doing so would provide banks with another incentive to park their money at the Fed, rather than having it flow back into the economy.
Posted by Palmoni at 5:01 PM