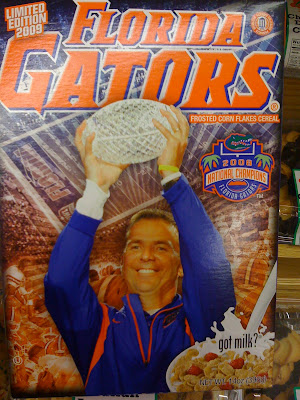 Alabama wins its 22nd SEC Championship, and the Tide's Mark Ingram, No. 22 looks to be the Heisman winner.

Florida's consolation prize will be the Sugar Bowl.

But it sure wasn't sweet at Sweetbay last night in Gainesville.

I stopped there after imbibing myself at the Swamp, to pick something up for breakfast and Gator party favors were already 50% off!! 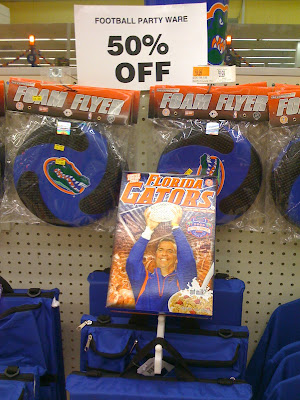 50% off just three hours after losing to Alabama????

And Urban Meyer checking into the Shands Medical Center this morning because of dehydration? 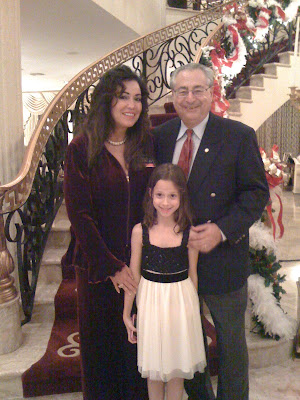 Seminole booster and State Representative Carl Domino, (above with his lovely daughter Reagan, and the inimitable Raemali King at a get together at Mrs. King's house for his State Senate candidacy) told me that the Crimson Tide would roll over the Gators, just like the crimson carpet rolls down the marble steps at Ms. King's home.

But with Bowden retiring, and Florida losing, it was a tough week for college football in Florida!

And my consolation prize?

Cereal at half off!

And a few good stories at the Swamp!
Posted by Palmoni at 6:20 PM