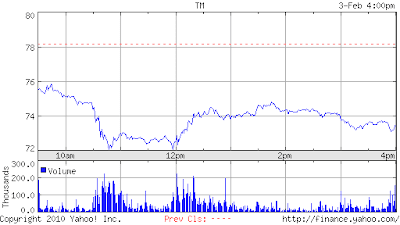 “Within the next several days, you will receive a check from us (no strings attached) with a simple request — ’do the right thing on behalf of Toyota customers’,” Toyota group vice president Bob Carter said Tuesday in the letter to dealers obtained by The Associated Press. 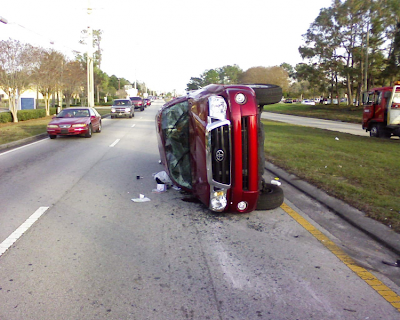 On the repair news today, Goldman Sachs downgraded Toyota today to neutral. Take a look at the above chart, and look what happened to the stock at 10:30 when Goldman saw something in Toyota they didn't like.

Today, Transportation Secretary Ray LaHood said they are widening the probe to see if electromagnetic interference with electronic throttle systems was a causative factor .

Now they are checking Toyota's Prius for brake problems.

Especially since Uncle Sam is the main shareholder in GM and Chrysler!
Posted by Palmoni at 7:30 PM