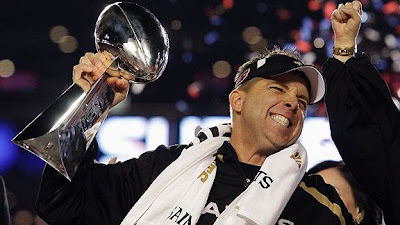 Who had the balls to go for an onside kick to start the second half! 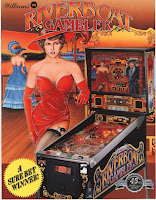 I don't care how you dress up the way he called the game. He just went for it!

Monday Morning Quarterbacks will tell you that it was well calculated and they were prepared for it--and after the fact, it was a sure bet--but who won't say that after it works?

Because who doesn't prepare or practice for the Super Bowl?

Can't wait to hear what peter king writes...I loved how Manning lost. Never enjoyed the Eli issue when SD was trying to draft him and Archie was being cocky.

Another after the fact call.
Hey, I bet if those gambles failed like the 4th down goal line go-for-it ( you forgot to mention that in your post), you would have been lambasting him for poor, stupid game mgt. We would be hearing today how he was fired for such terrible coaching and decision making.

He won. Winning forgives all your transgressions in the sports world.

Gambles always look great......when they pay off. But have those gambles backfire, and you look like a complete idiot.

you're right on that--he would of been ridiculed if it didn't work but i wrote that because Gene Woj. of ESPN, who loved the Colts then jumped on Payton's gambling bandwagon after they won

especially with the 70% chance the onside kick would work!

it was a gamble--but it worked

that's why we eat it up!