John Thain promises not to redo the CIT office

Bloomberg;
One lesson of his experience at Merrill Lynch will stick with him. Thain’s departure coincided with revelations that he’d spent $1.2 million to redecorate his office at the money-losing company when he joined in 2007. He later said the renovation was a mistake and reimbursed the firm.

At CIT, “I think I’ll keep my office exactly the way it is,” he said.

Has John Thain really tightened up his spending?

Did Thain get religion? 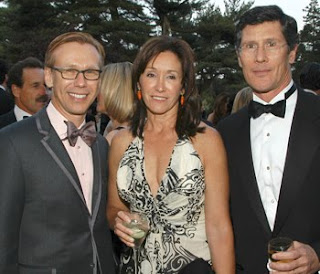 Because he spent money on furniture like Imelda Marcus spent it on shoes.

Or maybe John Thain found out that going to the taxpayer gloryhole wasn't as pleasant when the spotlight was on him!
Posted by Palmoni at 12:22 PM