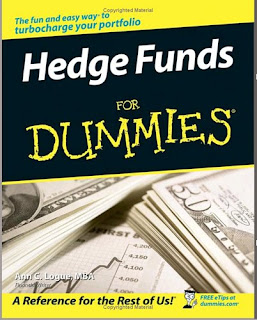 The Europe debt crisis is getting close to over, when we see stories that the hedge funds are attacking the countries and their currencies.

That means those who have already wanted to bet on a crisis have already done so--and now they just need to cash in on their chips, on the crisis they helped to make!


Development Minister and deputy secretary general of the PSOE, José Blanco, said yesterday that the sharp drop in the Spanish stock market last week was due to "attack" of financial speculators, who were "somewhat murky maneuvers" to punish the euro and weaker economies in the euro But who are these 'speculators' evil to which he referred to the minister of development? What are their names? How much money managed?

For the trading desks of major international brokers have sounded in recent sessions Brevan Howard, Moore Capital and Paulson & Co, among others, Hegde funds that manage more than 500,000 million and are among the top ten. The total figure is nearly double industry. "There have been specific macro hedge funds, which are taking positions against the euro and against the CDS (insurance coverage of non-payment) of Spain," said a broker from abroad that term around 7% of the daily volume of the Spanish stock exchange. "When these guys are short against someone, there is nothing to do. Already suffer from investment banks in late 2008 when institutions like Merrill Lynch and Morgan Stanley saw their CDS exceeded the benchmark of 2,000 points.
Among others who have been short are the hedge funds at Goldman Sachs and JP Morgan, according to financial sources say.
Same thing happened to investment banks at the end of 2008 or the Bank of England ten years ago. Against that little can be done except wait until they are closing their positions, "one expert said an investment banker. But he clarifies that "we must not forget that they are the same as you did a lot of money to corporate executives and banking in general when the opposite bet. 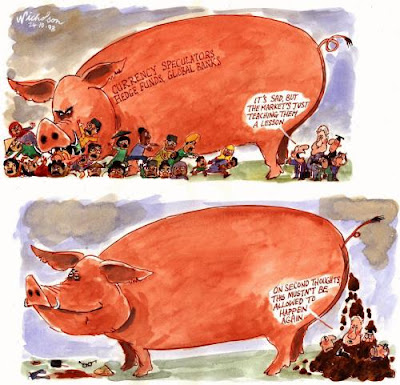 Which just means the PIGGS get revenge!
Posted by Palmoni at 11:55 AM