It's the Tiger Woods market! 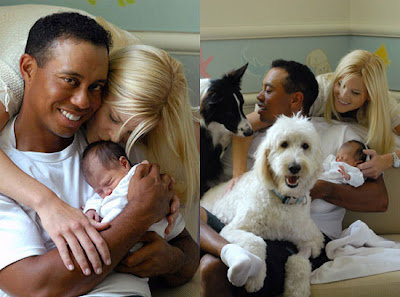 Tiger Woods is poised to make a shock return to competitive golf in a fortnight at the Accenture Match Play Championship in Arizona.

Only a fortnight after allegedly checking into a sex addiction clinic in Mississippi, the world No. 1 is set to stun the world by returning to the Dove Mountain course where he made his comeback from knee surgery last year...

Because his management has gone to ground with its star client, there remains no official word on Woods' return, but there are strengthening whispers that it will be in the $9.54 million World Golf Championship event, won last year by Melbourne's Geoff Ogilvy and one of the most prestigious titles outside the major championships.
---------

Wait--Wasn't Tiger supposed to be written off? How about this market? Didn't the pundits tell us it was written off? Every problem that the market faced, was just like one of Tiger's mistresses. Who Dat? Who cares! That story is soo over!

How about Tiger's wife? Remember how the pundits said that she would divorce him? She dropped her divorce attorney after visiting Tiger in sex rehab!

And who was the first client to dump Tiger? Wasn't it Accenture?

It would be a fitting reminder, for all those in corporate America, who still pretend too the world that they are just saints, waiting to go and play harps with St. Peter, that Tiger would have his redemption at the tournament sponsored by those who dumped him first.