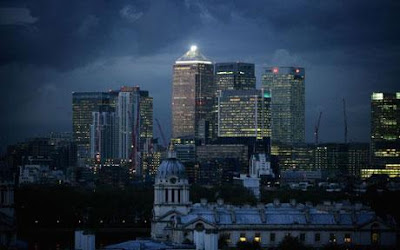 Someone is at least taking a stand!

In an extraordinary ultimatum that has shocked some of the City's biggest companies, the Financial Services Authority (FSA) told bank bosses that 60pc of all pay must be deferred, with no exceptions, even for those whose contracts conflicting with the edict.

Many of the global players have in recent weeks made representations to the City watchdog, in particular about pre-existing employment contracts that guarantee bonuses over a year or more. But their appeals have been met with the FSA's toughest yet response.

One pay executive in a major bank told The Daily Telegraph: "The message came back that while the FSA agreed that it does not have jurisdiction over contractual law, it does have jurisdiction over issuing bank licences in London, and that we should go away and unwind the contracts."
Posted by Palmoni at 8:43 AM