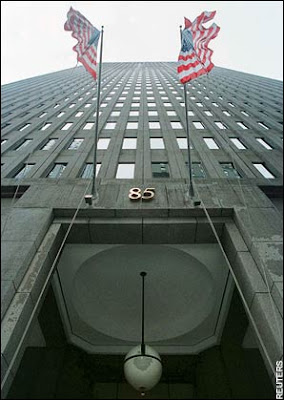 Have you ever sat in a room, late at night, with a group of career criminals that just haven't yet gotten caught? You hear the stories of coke on shrimp boats, or smuggled on treasure ships, and hustling diamonds in Sierra Leone, and you wonder what they would do if they channeled their ingenuity and bravado to a legitimate enterprise.

And then, you realize that's already happened. With Goldman and AIG--who pulled off the biggest heist of money that the world has ever seen. Or how about John Paulson; creating synthetic CDOs that were designed to fail--so he could personally pocket $3.7 billion in a year!

The difference? They dressed this up with lawyers and undecipherable disclosures and gullible institutions who bought what they sold. It was their coke, or their blood diamonds, but they didn't have to worry about police or killers. So who got the bribes?

Maybe that's why no-one is talking! 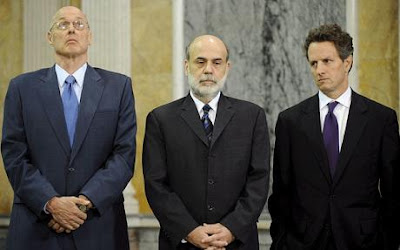 So you have to admire them, if you look at what these institutions are. Gangsters! With the imprimatur and blessing of our Government! Doesn't anyone find that ironic?

But I've detected a different tone on the street regarding Goldman. Now it's not anger; they just wish it was them! And that makes a whale of difference, because that means Goldman fatigue has crept into the street. People want to start making money again. Heck, even Obama nuzzled up to the bankers yesterday!

Because what is the alternative? Ms. Warren?

Now as smart as Elizabeth Warren is, do you think any of this gangsters want her telling them what to do? She gets it. Did anyone see how she schooled Becky "I'll take your husband" Quick or Steve Liesman on credit cards on CNBC this morning? (Start 4:00 minutes in)

How long would that last with Wall Street's gangsters? It wouldn't!

But speaking of Goldman, and fertilizer, they got more bullish on Potash pricing this morning, as they see strength in India and Brazil, and China's latest potash buy means pricing on Potash could be bumped higher.

Coincidentally, the Chinese Investment Fund has been taking a position in Potash also. Pimp it!!
gs main 0211
Posted by Palmoni at 12:01 PM