Tiger's defense: He was just sleep-driving on Ambien! 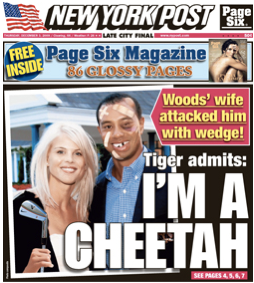 Remember when Patrick Kennedy smashed his Ford Mustang  in a barrier by Capital Hill? He was supposedly sleep-driving on Ambien, which is one of its side effects.

Now remember this email about Tiger needing an ambien, when he dreamt that Rachel was being tag teamed by Derek Jeter and David Boreanaz?

"I had a dream we were married and I was leading the tournament," he allegedly wrote. "I came home, excited to see you, and there you were in the bedroom getting f - - -ed by Derek and David. Some part of me thinks you would like that. But now I can't get back to sleep. My body is tired, but mind awake. Need an Ambien."

And what did the witness, Tiger's neighbor, Jarius Adams say about Tiger, when he found him at the scene of the crash? He said he was snoring!  "He was snoring. He was actually snoring." So says the tapes released by the FHP. 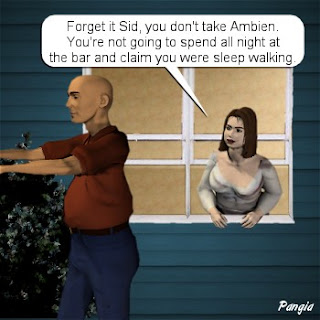 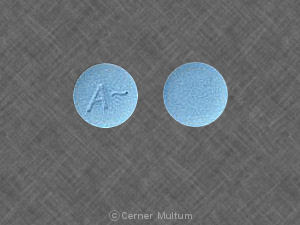 So that's the blue pill that got Tiger in trouble. 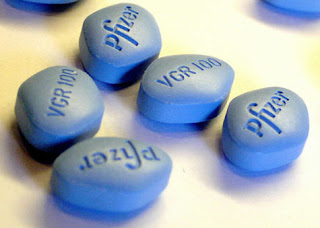 Because he didn't need this!

I highly recommend Ambien if you need help falling asleep Ambien is great, I bought it from WWW.MEDSHEAVEN.COM no prescription required

have been reading these reviews and cracking up laughing. It is true you do some crazy things while taking this medication but guess what? You are sleep. So it does what it says it does. I love it but wish I could just go to sleep without it. I've tried them all and my mind just keeps on racing all night. Ambien is the only one that stops it, if I don't eat before I take it.

Medsheaven.com had changed their website to WWW.MEDSHEAVEN.NET you can order all medications you are looking for from their new site medsheaven.net , I highly recommend them.

"Sleep-Driving"! Took Ambien and went to bed. Early the following morning, had got out and drove about two miles. Totalled the car and was charged with D.U.I.! Absolutely NO recollection of the event what so ever. Doctor advised that adverse events can happen, including "Sleep-Driving", with no memory of the event! No alcohol or drugs were involved.

The screen within my blogger website is way too small.
I don't know how to make it bigger, do you guys learn how to make blogger videos in your site bigger?.

Take a look at my blog post - Transvaginal Mesh Lawsuit

Today, I went to the beach with my kids. I found a sea shell and gave it to my 4 year old
daughter and said "You can hear the ocean if you put this to your ear." She placed the shell to her
ear and screamed. There was a hermit crab inside and
it pinched her ear. She never wants to go back! LoL I know this is totally off topic
but I had to tell someone!

This is a topic that is close to my heart.
.. Take care! Where are your contact details though?