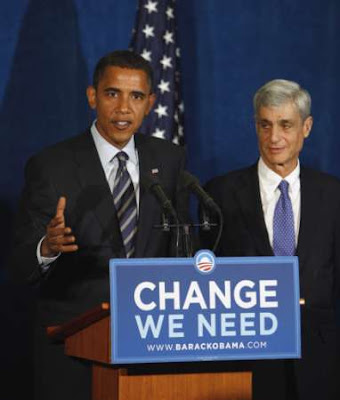 Once again, this Administration bends the rules to the bankers.

And didn't we hear Obama give lip service to the proletariat on 60 Minutes Sunday, saying that these bankers just didn't get it? And they were fat cats?


WaPo:
Federal tax law lets companies reduce taxable income in a good year by the amount of losses in bad years. But the law limits the transfer of those benefits to new ownership as a way of preventing profitable companies from buying losers to avoid taxes. Under the law, the government's sale of its 34 percent stake in Citigroup, combined with the company's recent sales of stock to raise money, qualified as a change in ownership.

The IRS notice issued Friday saves Citigroup from the consequences by stipulating that the government's share sale does not count toward the definition of an ownership change. The company, which pushed for the ruling, did not return calls for comment.

At the end of the third quarter, Citigroup said that the value of its past losses was about $38 billion, allowing it to avoid taxes on its next $38 billion in profits. Under normal IRS rules, a change in control would sharply reduce the amount of profits that Citigroup could shelter from taxes in any given year, making it much more difficult for Citigroup to realize the entire benefit before the tax breaks expired.

...A senior Republican staffer also questioned the government's rationale. "You're manipulating tax rules so that the market value of the stock is higher than it would be under current law," said the aide, speaking on condition of anonymity. "It inflates the returns that they're showing from TARP and that looks good for them." 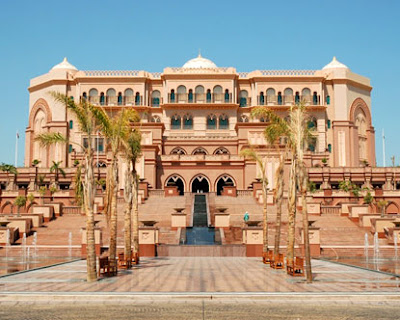 No wonder Abu Dhabi is suing Citigroup for their soured $7.5 billion investment.

Heads they win, tails you lose when Uncle Sam makes the rules!

NEW YORK--(BUSINESS WIRE)--On December 15, 2009, an arbitration claim was filed against Citi in New York by the Abu Dhabi Investment Authority (ADIA), which purchased equity units from the company in November 2007. The units obligate ADIA to purchase a total of $7.5 billion of common equity on specified dates in 2010 and 2011. The arbitration claim alleges fraudulent misrepresentations in connection with the sale and seeks rescission of the investment agreement or damages in excess of $4 billion. Citi believes the allegations are entirely without merit and intends to defend against them vigorously.
Posted by Palmoni at 9:46 PM

Palmoni,
I have been following you for the past year and your stock picks have been fantastic. I do disagree with your 12 month economic forecast, however you have been phenomenal with your stock picks this past year. I guess that is all that really matters. I love your humor, so keep it up. The bears (myself included) need your wisdom and wit. More importantly, we need your stock picking prowess to trade upon, given our bearish slant. Keep up the good work.