Tiger Woods Dr. who treated his knee arrested for trafficking in illegal drugs 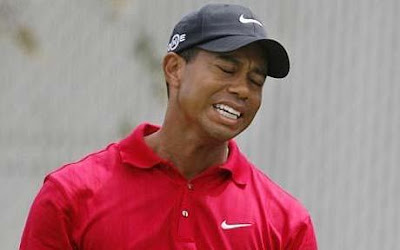 Dr Tony Galea, one of Canada’s most prominent sports injury experts whose clients have included Olympic gold medallists Donovan Bailey and Mark McCoy as well as several National Football League and National Hockey League stars, was arrested and charged following a raid on his offices by the Royal Canadian Mounted Police in October.

Galea, who will appear in court in Toronto later this month, denies the charges and claims they are the result of a misunderstanding over his use of what he describes as “homeopathic medications”.

Although he admits the substances in question are not approved by the Canadian health authorities, he insists he is permitted to use them by the Ontario College of Physicians and Surgeons providing his patients have been properly informed.

Galea’s lawyer has acknowledged that one of his treatments involves Actovegin — a controversial drug which contains extracts of calf’s blood which is not approved for sale in Canada and which is banned by the World Anti-Doping Agency if used intravenously.

While Actovegin is meant to promote healing, it is also believed to improve stamina and first came to the attention of the anti-doping authorities several years ago when some elite cyclists were found to be using it.

Although there is no suggestion that Tiger Woods was given Actovegin or any other unapproved or banned drug, he did avail himself of Galea’s cutting-edge injury-healing procedure called platelet-rich plasma therapy, popularly known as blood-spinning.

The technique involves taking blood from the patient and spinning it in a centrifuge to increase the concentration of red platelets before re-injecting into the patient’s injured ligament, tendon or muscle to speed the rate of healing.

The procedure is legal under WADA rules although in 2010 it will be allowed only for injections into ligaments and tendons, not muscles.

The drugs of choice for Tiger.

The ones he had the prescriptions for at his accident scene.
Posted by Palmoni at 9:00 PM

The brother can't catch a break!