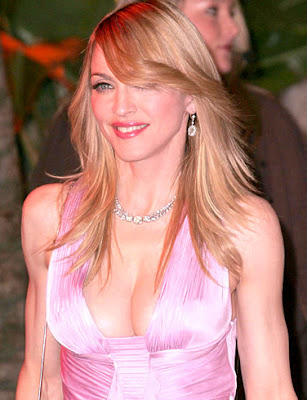 Madonna and Tiger Woods have something in common. Sources say Her Madgesty was also a patient of Dr. Tony Galea, the Toronto sports-medicine specialist arrested in October after an underling was nabbed at the border with a bag containing human growth hormone, which is banned by most sports leagues. Madonna is said to have needed Galea's care after falling off her horse in the Hamptons last April. Woods reportedly was treated by Galea after his knee surgery last year.

I suppose some people thought that including Madonna in this growth hormone story with Tiger was out of line.

As advertised!!
Posted by Palmoni at 5:09 PM