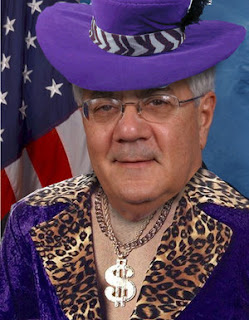 Goldman originated or bought protection from AIG on about $33 billion of the $80 billion of U.S. mortgage assets that AIG insured during the housing boom. That is roughly twice as much as Société Générale and Merrill Lynch, the banks with the biggest exposure to AIG after Goldman, according an analysis of ratings-firm reports and an internal AIG document that details several financial firms' roles in the transactions.

In Goldman's biggest deal, it acted as a middleman between AIG and banks, taking on the risk of as much as $14 billion of mortgage-related investments. Then Goldman insured that risk with one trading partner—AIG, according to the Journal's analysis and people familiar with the trades.

The trades yielded Goldman less than $50 million in profits, which were mostly booked from 2004 to 2006, according to a person familiar with the matter. But they piled risks onto AIG's books, which later came to haunt the insurer and Goldman. The trades also gave Goldman a unique window into AIG's exposure to losses on securities linked to mortgages...

The banks wanted protection in case the housing market tanked. Many turned to Goldman, which effectively insured the securities against losses. Then, to cover its own potential losses, Goldman bought protection from AIG, in the form of credit-default swaps.

Goldman charged more than AIG for the protection, so it was able to pocket the difference, making millions while moving the default risks to AIG, according to people familiar with the trades. The banks eventually realized they didn't need to use Goldman as a middleman.

The trades seemed prudent at the time given AIG's strong credit rating and the fact that AIG agreed to make payments to Goldman, known as collateral, if the value of the CDOs declined. The trades were also low risk for Goldman as long as AIG stayed afloat.

"It seems shocking to me that Goldman would become so exposed to AIG and kept doing deals with them and laying on the risk," says Tom Savage, a former chief executive of AIG's financial products unit who left in 2001 before the explosive growth of insuring mortgage-debt pools.
-----------

Why was Goldman the middleman? Was it because other financial firms didn't trust AIG--and they trusted Goldman more? Otherwise, why wouldn't the firms just go straight to AIG for the insurance?

Which is why the TARP inspector said Goldman would lose money if AIG went under.

Goldman's re-insurance was with AIG, whose Mac Daddy was Uncle Sam because Goldman was AIG's client!

They say the difference between Santa Claus and Tiger Woods is that Santa stops after three Ho's.

What then, does that make Goldman?

And where did Goldman learn its pimping?

Maybe that's where Goldman got the expression "doing God's work."

"A view from above!" 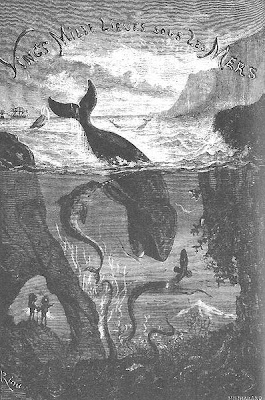 The great Vampire Squid wrapped around the face of humanity!
Posted by Palmoni at 7:32 AM