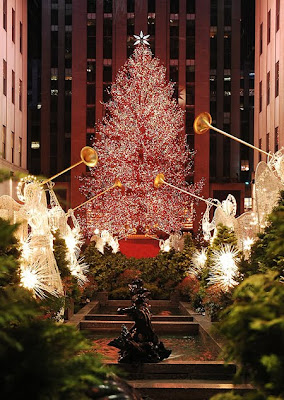 The WSJ reports that Christmas tree sales are up:

This holiday season has been better so far to Christmas tree farmer Donald Cameron than last year's, when worries about the economy sapped sales.

"It may be an excellent year," said Mr. Cameron, owner of Christmas Ranch Tree Farms in Thousand Oaks, Calif.

Christmas tree sales can be a good gauge of the strength of the holiday-shopping season. And this year, the word from wholesale growers, choose-and-cut farms and sidewalk sellers is that the needles are pointing up.

Christmas tree sellers surveyed by ISI Group, a New York research firm, said sales the weekend after Thanksgiving were up 6% from a year earlier, and that the following weekend they were up 3%.

That is a reversal from 2008, which marked the steepest drop in holiday-season sales since the 1930s.

But some, just chop down their own tree. And somebody, hacked down the rarest tree, the Keteleeria evelyniana at the Washington Botanical Gardens: 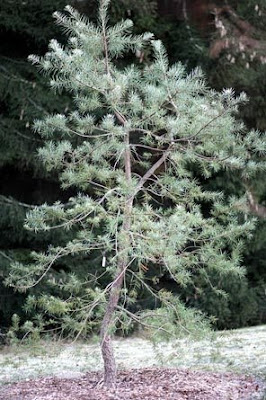 The 7-foot conifer was one of the park's rarest specimens, an imperiled species collected from the mountainous Yunnan province in China. 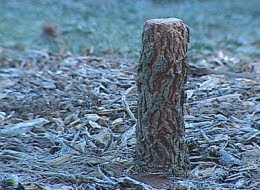 "It makes me want to cry," said Randall Hitchin, manager of living collections for the University of Washington Botanical Gardens, which include the arboretum.

Replacing the tree will be costly. It may not even be possible to find a genetically equivalent specimen.
Posted by Palmoni at 8:41 AM

What the WSJ article fails to mention is that increased xmas tree sales are because of the growing number of families forced to live on a diet of pine cones. Green shoots my foot.