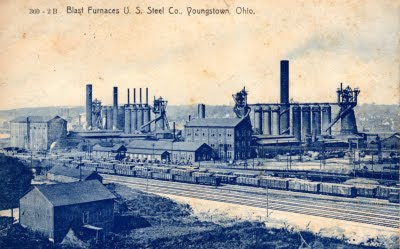 Here's the link to the broadcasts.

Yesterday, Goldman upgraded the steel names, and the steel sector. So today you can get the live story.

The steel sector is just under Goldman's sweet spot of value and growth  (exhibit 65).

I've been touting X, and I still like it. Now speaking of Goldman, yesterday, we heard that Goldmanites were arming themselves with handguns, just in case the populace would revolt.

And then, we hand this piece in Vanity Fair when Jim Chanos had a tiff with Marc Spilker, Goldman's co-head of the asset-managers:

Wall Street loved the battle between hedge-fund manager Jim Chanos and Goldman Sachs executive Marc Spilker, co-head of the asset-management division. The two are neighbors in the Hamptons and had a dispute over widening a path that leads to the beach. While the matter was still being litigated, Spilker hired a work crew to knock out hedges on Chanos’s property. Chanos, who says he paid Goldman between $40 million and $50 million in fees annually, tried to complain to Blankfein. One of his lieutenants told Chanos that the C.E.O. wouldn’t listen to his complaints over the issue, and furthermore Goldman didn’t like the way he, Chanos, was handling this. Chanos saw it as a tangible sign that, at the new Goldman, clients no longer mattered. He pulled all his business within two weeks.

So Goldman sticks together. Which is why they were compared to the mob:

When I ask him if he does business with Goldman, however, he replies, “Of course we do business with them. We have to. It’s like the Mob who picks up the garbage. You pay their fees, because you need your garbage picked up.”

The only difference between Goldman and the mob is that Jr. goes to trial. But he still gets off! 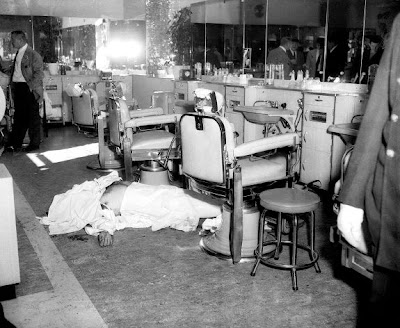 And the mob  rubs out people, while Goldman rubs out competitors!

But you have to admire Goldman for the wrong way rub on Chanos. He was doing $50 million in fees with Goldman, and Goldman told him to pound sand over some hedges. 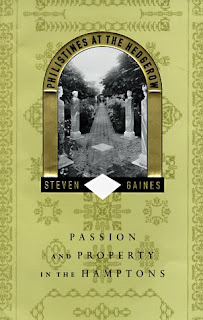 And that's their story, and they're sticking to it!

Because the real Philistines at the Hedgerow are now the folks at Goldman!

"The establishment can hold off the newcomers for only so long; there are always more of Them than Us."
Posted by Palmoni at 12:31 PM