Bunning to Bernanke: "You are the definition of Moral Hazard!" 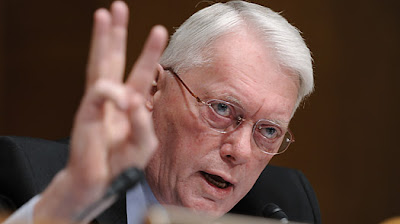 "Rather than making management, shareholders, and debt holders feel the consequences of their risk-taking, you bailed them out. In short, you are the definition of moral hazard...

In the same letter where you refused to admit any responsibility for inflating the housing bubble, you also admitted that you do not have an exit strategy for all the money you have printed and securities you have bought. That sounds to me like you intend to keep propping up the banks for as long as they want. 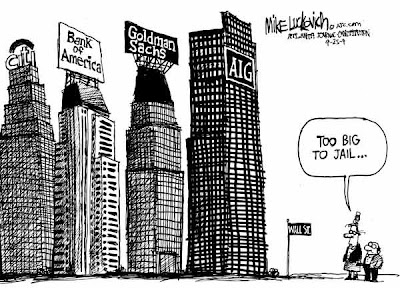 Even if all that were not true, the A.I.G. bailout alone is reason enough to send you back to Princeton. First you told us A.I.G. and its creditors had to be bailed out because they posed a systemic risk, largely because of the credit default swaps portfolio. Those credit default swaps, by the way, are over the counter derivatives that the Fed did not want regulated. Well, according to the TARP Inspector General, it turns out the Fed was not concerned about the financial condition of the credit default swaps partners when you decided to pay them off at par. In fact, the Inspector General makes it clear that no serious efforts were made to get the partners to take haircuts, and one bank’s offer to take a haircut was declined. I can only think of two possible reasons you would not make then-New York Fed President Geithner try to save the taxpayers some money by seriously negotiating or at least take up U.B.S. on their offer of a haircut. Sadly, those two reasons are incompetence or a desire to secretly funnel more money to a few select firms, most notably Goldman Sachs, Merrill Lynch, and a handful of large European banks. I also cannot understand why you did not seek European government contributions to this bailout of their banking system. 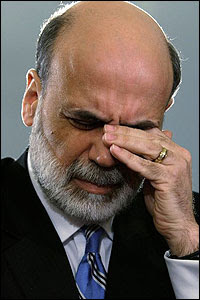 From monetary policy to regulation, consumer protection, transparency, and independence, your time as Fed Chairman has been a failure. You stated time and again during the housing bubble that there was no bubble. After the bubble burst, you repeatedly claimed the fallout would be small. And you clearly did not spot the systemic risks that you claim the Fed was supposed to be looking out for. Where I come from we punish failure, not reward it. That is certainly the way it was when I played baseball, and the way it is all across America. Judging by the current Treasury Secretary, some may think Washington does reward failure, but that should not be the case. I will do everything I can to stop your nomination and drag out the process as long as possible. We must put an end to your and the Fed’s failures, and there is no better time than now."

Finally someone shows how "boring" these guys really are. Wake up America that is what their counting on!!