What's cooking in the kitchen? 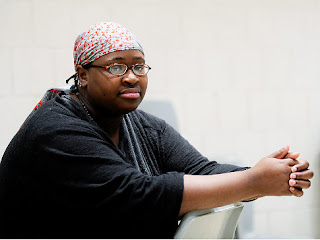 Bridgette Harris was sentenced yesterday for 5-15 years for killing her father who sexually abused her when she was young. When her father said he was going to take his granddaughters to Liberia, she went off.

She handcuffed him, and  stuck a towel in his mouth to shut him up, and then she cut off his penis with a scalpel, and then cooked it to destroy the evidence, ostensibly so he couldn't re-attach it. She didn't want him to become the next John Wayne Bobbitt.

He, however died in surgery.

The judge admonished the jury for being sympathetic to her, and for the second degree manslaughter conviction, so he gave her the highest penalty possible.

So Lorena Roberts gets 45 days for her slice and dice, and yet she gets 5-15 years in Rikers Island instead of a psyche ward?
Posted by Palmoni at 3:05 PM

It's cause she's black!

I thought the same thing