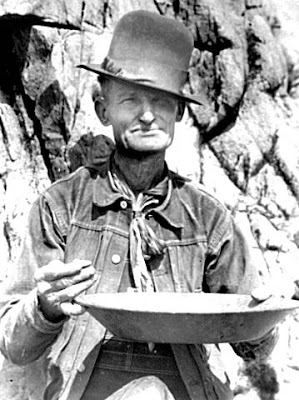 Here's some more arguments for the gold bugs--But wait--didn't we also hear that India's Central Bank now wants to buy the gold that the IMF is selling?

Why is that? Doesn't that mean we now have another floor, albeit at a much higher price?

So here's BofA/Merrill and their argument for $1500 gold.

And here's Richard Russell with some Q&A on gold:

Question -- Russell, assuming you're correct and gold will rocket higher. At what point, if ever, would you sell gold?

Answer -- I'd only sell gold if another high-yielding "safe" currency would be obtainable. It's possible that in order to save the dollar, the dollar will have to provide an attractive yield, or the dollar will once again be made convertible into gold. That seems impossible now, but in this business anything is possible.

Question -- Russell, if there is a stampede to buy gold, how do you think it will start?

Answer -- If there's a panic to buy gold, I think it will start in China, aided by other Asian nations and probably by Russia. I think China seriously doubts that the US will cut back and do what has to be done to save the dollar. Therefore, I believe China is on a path of accumulating as much of the world's gold as possible (they're doing the same thing with rare earths). At some point, the Chinese renminbi will be seen as the world's strongest currency. The Chinese will then partially-back the renminbi with gold, at which point the renminbi will be the world's new reserve currency. The dollar will be an unwanted "has-been." I've said many times that the Achilles Heel of the US economy is the dollar and its reserve status. The Chinese know that very well

At some point the US and China will be enemies in the new economic battle. To prepare for such a time, the Chinese are building their army, navy and air force. They want to impregnable in case of war. They also want to join hands with the Russians. It will be the US and Japan against the new and powerful rivals. Europe, bewildered and feeble, will be a bystander.

Question -- Russell, I just read an article in Saturday's LA Times in which the writer questions the rising price of gold in the face of less actual bullion buying around the world. Please explain.

Answer -- The columnist's confusion is a result of his treating gold as a supply-demand item -- or just like any other commodity. Gold is not just another commodity, gold is eternal money, and it can rise or fall depending on world investors' sentiment. Gold is little affected by supply and demand, it is affected by how world investors value gold. For instance, if I'm worried about the world situation and I want gold, I don't give a damn who's buying or selling gold, I'll pay the going price, and more if I have to, to add to my total gold ownership.

Answer -- To those of us who bought gold a year or five years ago, gold looks expensive now. But questions -- is gold really expensive? Does the US have too much debt? Can the dollar avoid a collapse? Those are questions I cannot answer. As I write tonight, gold futures are up over $17. By any standard, gold appears to be overbought. But wait -- I'm wondering whether gold is on the edge of its third, speculative phase and whether gold is starting to go parabolic. If gold is going parabolic, then there's no such thing as "overbought." Gold will continue to rise until it's exhausted. And ultimately it will rise higher than almost anyone is expecting.

I've written before that my experience in big primary bull markets tells me that the item in question will advance further than anyone thinks reasonable or even possible. If gold is entering its third phase, I have no idea where it's heading and neither does anyone else.

Furthermore, if gold is close to going parabolic, all you can do is close your eyes and place your buy order. Waiting for a big gold correction is going to be a frustrating wait. You just have to pull the trigger and buy it. When the primary trend is up, the bull market will usually bail you out of most of your mistakes (and, of course, you will make mistakes).

There are almost a record number of gold shorts on the COMEX. How'd you like to be short of gold here? Talk about sleepless nights!
Posted by Palmoni at 1:16 PM

When the valuation was done for that Colombian company, what gold price was used as a baseline? I'm thinking it's going to be worth much more! Now if we can just get them to announce the closing of the merger...

Got a great weekend planned--and a great football weekend also!