Barrons: The contagion effect from Dubai is the end of the risk trade 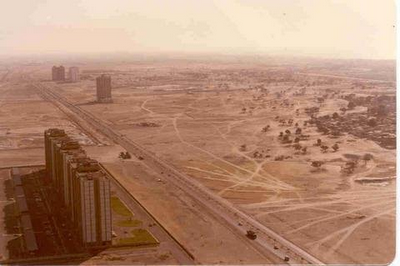 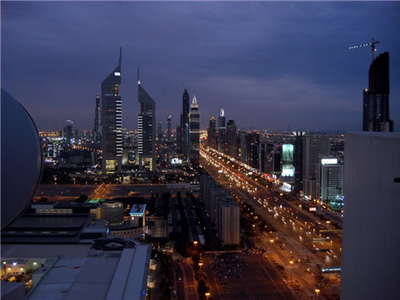 THE IMPACT OF THE UPHEAVALS in Dubai extends far beyond the middle eastern emirate. Indeed, it may be the beginning of the end of the global risk trade, if it isn't over already....

But with liquidity shut off from the real economy, it has flowed into asset markets and into the so-called carry trade -- borrowing at the near-zero interest rate resulting from the Fed's federal-funds target of 0-0.25% to invest in anything else that provides a higher return. And with the dollar losing value steadily against foreign currencies, it has literally paid to borrow to invest in anything else, with the key exception of the Japanese yen. Since it became cheaper to borrow in dollars than yen, greenbacks have become the key funding currency for carry trades.

The cracks have not been all papered over from the output from government printing presses in the U.S. and elsewhere. While that liquidity did stanch the bleeding that followed last year's crisis, it also helped levitate U.S. equity markets nearly 60% from their lows. And the riskier the asset, the greater the gains, from small-cap stocks to junk bonds to emerging markets.

But those trillions have not cured the underlying debt deflation at the root of the economic crisis. In past cycles, the reliquefication by central banks could be counted on to pump-prime the economy. Borrowing and lending would resume after having been restrained by tight monetary policy, and a new cycle would start.

After the bursting of the debt bubble, the process isn't working. It may have stoked a speculative binge in commodities, currencies and risky securities, but the real economy continues to labor.

As it does, grandiose projects such as Dubai World collapse under the weight of their huge debts. Risk, previously suppressed successfully by policy actions, begins to increase.

That, in turn, forces the curtailment of risk positions, from hedge funds to Wall Street proprietary trading desks. Hedging costs rise, forcing further reductions of positions in a vicious circle. As year-end approaches, the willingness to hold risk positions is reduced still further, exacerbating the process.

Even with the U.S. on holiday, this train of events is proceeding. Stocks shed upwards of 3% Thursday and continued to fall Friday in Asia. The yen and dollar are higher while short-term Treasury yields are setting new lows.

It appears the end game for this market phase has begun. 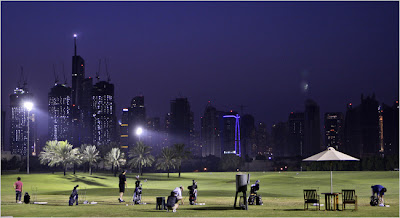 The NY Times is in on it also:

Now that the boom has gone bust, both in Dubai and in the United States, Dubai is stuck with a glut of real estate that no one wants to buy or rent. Creditors and markets had always assumed that when push came to shove, its oil-rich neighbor Abu Dhabi would bail out Dubai. But that assumption was called into question this week, and the resulting fear that Dubai might not be able to pay its bills sent a wave of uncertainty rippling through markets just as investors thought the worst of the global financial instability was over.

In a worst-case contagion, Bank of America analysts wrote Friday, “One cannot rule out — as a tail-risk — a case where this would escalate into a major sovereign default problem, which would then resonate across global emerging markets in the same way that Argentina did in the early 2000s or Russia in the late 1990s.”

And not just emerging markets. “Dubai shows us that what we are now facing is a solvency issue, not a liquidity issue,” said Jonathan Tepper, a partner at Variant Perception, a research house in London that has been outspoken on the debt problems facing European economies.

Now, just as Bear Stearns was a harbinger of a string of failures of overly leveraged investment banks, the concern is that Dubai could be the canary in the coal mine for heavily indebted countries. The debts of everyone, including Japan and the United States, not to mention emerging markets, have risen greatly as the countries have fought the ravages of the global recession.
-----

What Dubai did is just put this fact on the table. Capitalism needs Dubai, more than Dubai needs to pay its bankers. We built casinos, while they built dreams.

They built a dream in a dream. Have you visited before?

Man, Palmoni I promise I've been saying "Castles Made of Sand" applies to Dubai for several years now as skyscrapers and cranes sprung up all over the place here.
You say "What Dubai did is just put this fact on the table. Capitalism needs Dubai, more than Dubai needs to pay its bankers. We built casinos, while they built dreams."
Well said, sir.
Now can we have another post about cigarette butts??? Poor ol' Tiger. I always knew he had a little Arab in him (See post below "Abu Dhabi and Dubai").