A-Power to build plant in the US 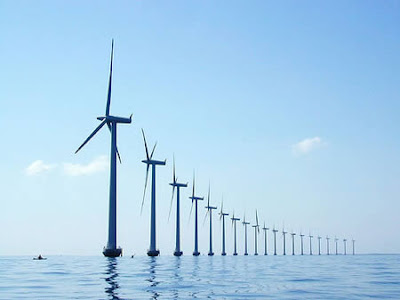 This agreement marks the culmination of a long process initiated in 2007 during which A-Power conducted economic analysis and sought strategic partners to enter the U.S. wind power market. On October 29, 2009, Shenyang Power Group (SPG) and US-REG announced plans to develop a $1.5 billion, 600MW wind farm across approximately 36,000 acres in Texas, for which A-Power has been designated as the turbine supplier. A-Power is a shareholder of SPG. The construction of this production and assembly plant is an important step in the strategic partnership with SPG and A-Power to develop clean wind energy in the United States. The construction of the assembly and production plant is subject to further due diligence and the signing of definitive agreements between the parties, as well as various government approvals.

If APWR would ever do what is says it plans, it would be a screamer.
Posted by Palmoni at 9:25 AM

what's funny about trading is the ones you like and eye...for me it's HL and LEE...and the ones i don't buy are the ones that move so much faster than the ones i end up buying like GCI, MGM, and LIZ.

LEE's gone up like 33% in the past week or so and HL is going gang busters...just can never pick the right ones with my limited capital.

Palmoni...are you still playing BCRX? they are issuing more stock at $11.56....stock is trading below that ... does this help set a floor for the stock price?

Yeh I sold the Nov 12.5s calls against my stock a bit ago so I'm holding. But I think the offering helps