Childress signs a contract extension thru 2013 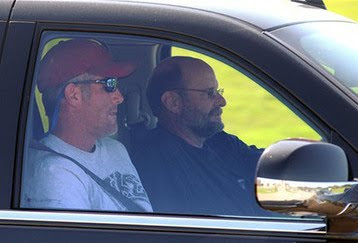 A few months ago many Vikings fans thought Head Coach Brad Childress' job was in jeopardy. Sure, the Vikings did win the NFC North last year with a 10-6 record. But they lost in the first round of the playoffs with a dominant defense and running game.

Fan sentiment in the Twin Cities was that the Vikings needed a new Head Coach to get them over the hump of mediocrity...

Then a young whipper-snapper named Brett Favre came along. OK, maybe he's not so young anymore. But 10 weeks into the NFL season, 40 year-old Brett Favre has the Vikings off to an 8-1 start and a commanding lead in the NFC North division. 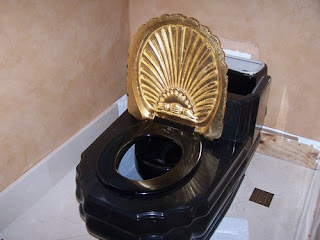 Financial terms have yet to be officially disclosed, but ESPN is reporting that the deal is between $4 and $5 million a year through the 2013 season (for the sake of comparison, the Packers' Mike McCarthy is signed on through the 2012 season for about $4 million a year). 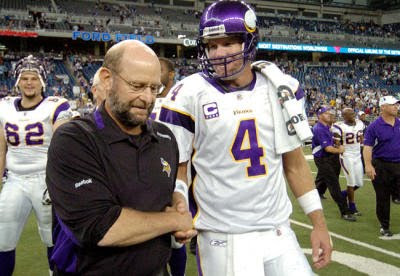 He bought in the Favre bull market!

And when you buy in at the bottom, you get paid!!

Which is why the Bears passed on Favre!
Posted by Palmoni at 8:57 PM