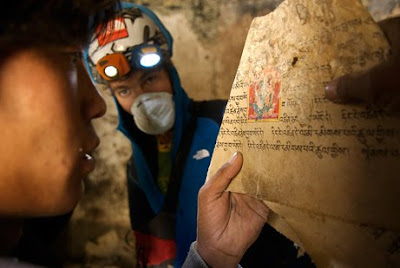 Oh boy--this is what we have to look forward too! Shambala has been "found!" And its far away from Wall Street. In fact, its Shangri-La! Or so says PBS!

A treasure trove of Tibetan art and manuscripts uncovered in "sky high" Himalayan caves could be linked to the storybook paradise of Shangri-La, says the team that made the discovery. 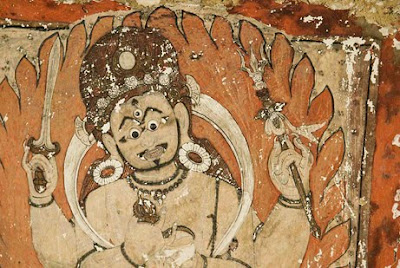 The 15th-century religious texts and wall paintings were found in caves carved into sheer cliffs in the ancient kingdom of Mustang—today part of Nepal. (This is found in Mahakala--which  means "great one"...Oh I hope the White House Press corps don't read something into that!)

It's a stoner night with PBS and Three Dog Night.