HSBC to Mom and Pop--Take your gold elsewhere 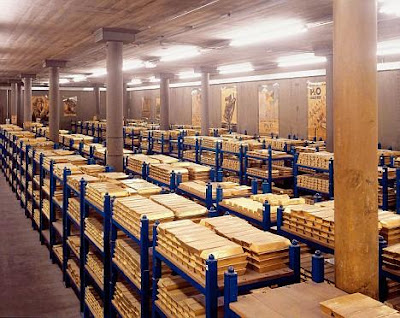 WSJ:
Fleets of armored trucks piled with gold bars and coins have been streaming out of midtown Manhattan in one unexpected consequence of the gold craze.

Amid gold's rise -- it has gained 32% this year and reached a record on Monday -- investors have been loading up on bullion and coins. One big problem now is where to store it. The solution from HSBC, owner of one of the biggest vaults in the U.S.: somewhere else.

HSBC has told retail clients to remove their small holdings from its fortress beneath its tower on New York City's Fifth Avenue. The bank has decided retail customers aren't profitable enough and is demanding those clients remove their gold to make room for more lucrative institutional customers...

Vault and warehouse owners say retail customers tend to be more expensive in part because of their diverse holdings. They usually buy American Eagle or Canadian Maple Leaf coins, and bars of various weights and sizes, all of which need to be categorized and stored separately. In contrast, institutions typically buy standardized bars of 100 or 400 ounces, making them easier to store. Institutions also tend to hold the metal for long periods.
-------
As the above graph shows, HSBC has 4.2 million ounces stored. The SPDR Gold shares, now has 36,055,950.55 ounces, or more than $42 billion in gold. Custody fees for this $42 billion has been $13.287 million for the last nine months.

According to the prospectus, the gold is held by HSBC Bank USA, N.A. (the "Custodian") on behalf of the trust. HSBC has 36 million ounces of gold in tthe SPDR trust, while we see HSBC only has 4.2 million ounces in NY. 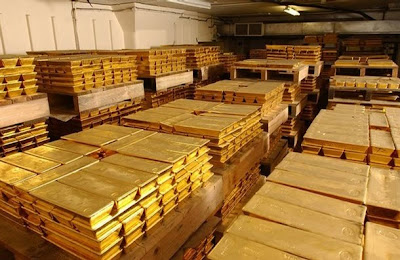 That's because GLD's 36 million ounces of gold is held in London, held by HSBC Bank USA, N.A. Here is the latest list--all 1601 pages of the gold bars. 88,000+ gold bricks--and not a slug of tungsten anywhere--supposedly! After all, the $13 million in fees on the $42 billion of gold guarantees it!

Now the gold in London's vaults supposedly is never supposed to leave, because that would violate the unbroken chain of integrity--because supposedly gold that leaves these vaults would have to be re-assayed to prevent some mischief being done to the gold. Thus gold that leave sthe circuit is worth considerably less.

Meanwhile the 400 ounce bars (which means between 350-- 430 ounces) have a custodial fee of about $147. But don't worry--these bankers have integrity. Trust us!

On this case, you don't get what you pay for! 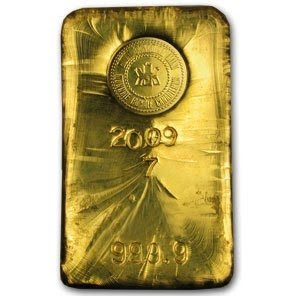 But don't believe me. Check for yourself. From January 1, 2008 the gold bars are supposed to have a 4 digit number that represents the year of production.

And our $13 million custodial fee means that you'll get good delivery of the $42 billion of gold that we say you have.

And now he can stroll over to HSBC's midtown bank, and take a look at it.
Posted by Palmoni at 5:39 AM