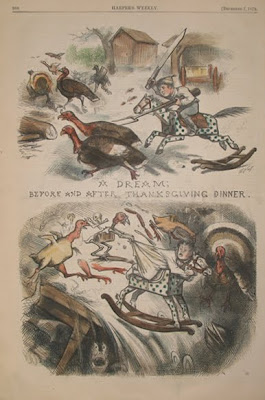 Deutsche touted DELL to 22 despite the news from yesterday, which was below. But check out what Goldman "never have a trading loss" Sachs had to say about Dell Monday:

We are removing the Not Rated designation for Dell shares and reinstating our rating with a Buy and a 12- month price target of $19. Our thesis remains unchanged—Dell should see an outsized benefit from a corporate PC refresh cycle, which we expect to begin in 2010, and the resulting share regains and incremental revenue should translate to significant earnings upside as Dell continues to optimize its cost structure. We are raising our already-above-the-Street CY2009 and CY2010 EPS estimates to $1.09 and $1.37, respectively (from $1.07 and $1.35), on improving PC demand and our increased confidence in the likelihood of a PC refresh cycle next year.

So Dell misses. I guess that pick was a turkey! 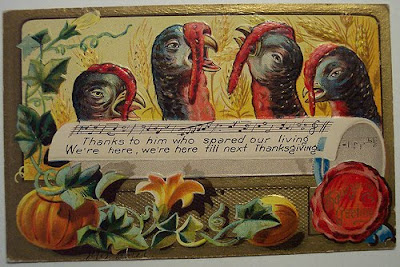 Today we find out that 300 of Goldman Sachs employees will be hauling out Thanksgiving trash on behalf of the Salvation Army:

NEW YORK (AP) -- The Salvation Army plans to serve 10,000 free dinners across the city this Thanksgiving -- meals planned by a star chef, cooked by one of New York's ritziest caterers and cleaned up by employees of one of Wall Street's most vilified financial firms.

Would that be any different from their work? And did any other of the thousands of volunteers besides Goldman and the chef get their names inthe paper? After all, isn't Goldman's first rule of an interview, "What's in it for me?"

But I'm taking a different attitude this time.

Heck, I hauled trash when I went to college, and I set a record that still stands today on the physical and aptitude tests that sanitation workers had to take. I stood behind a line 9 feet away from a garbage truck, emptied a garbage gan, with two 25 lb sacks of sands in it, and brought back the can and repeated the process 176 times in 15 minutes. Heck, you think those forearms came from a rowing machine?

But the only time I made the press for hauling garbage, was when I was caught sneeking out of a co-eds pool while on my route.  Some over zealous reporters needed to do an expose on the sanitation workers goofing off on the job.

I got a week's paid vacation, until they studied the situation. I was in AFSCME at the time, and the union determined that my violation occurred while I was on my  break.

I guess I was always fast. (Maybe that always wasn't a good thing!)

So I'm cutting the Goldman workers some slack for hauling out the trash, and leave the zealousness for someone else..

And now their latest update on Dell is also in their research. The DELL sell-off today was an overreaction.