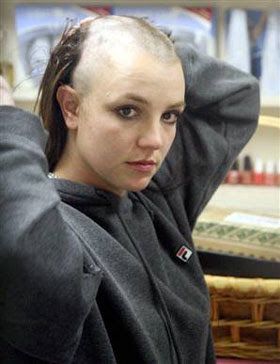 She has a story out on the NYT regarding the Fed's Waltz with AIG.

According to an e-mail message that Goldman sent to the New York Fed at the time, Mr. Geithner talked about the article with Mr. Viniar, Goldman’s chief financial officer, before calling me. When Mr. Geithner called, he said that Goldman had no exposure to an A.I.G. collapse and that the article had left an incorrect impression about that. When I asked Mr. Geithner if he, as head of the regulatory agency overseeing Goldman, had closely examined the firm’s hedges, he said he had not.

Mr. Geithner told me on Friday that he spoke with Mr. Viniar that day to ensure that Goldman’s hedges were adequate. And, notwithstanding the inspector general’s findings, he said he still believes Goldman was hedged.
--------
So that's what Geithner and Goldman had to say. However, if AIG did not pay out 100% on the hedges, Goldman was directly exposed.

Now we know that Geithner conveniently forgot about haircuts, and here is why. Page 20 of the report says that Goldman had over $20 billion of hedges on AIG swaps that it had sold to clients, but had then hedged that exposure with AIG. The report then says this: "Accordingly, Goldman Sachs was obligated to pay its clients in fulkl on the other side of the derivative transactions, and, if it granted a haircut toi FRBNY, it would have to realize that amount as a loss."

Goldman was hedged except for one outcome. AIG not paying at 100 cents on the dollar. And Goldman's hedges were over $20 billion.

But they want you to believe that all those meetings, all those private phone calls, and all those clandestine talks between Geithner and Goldman were because Goldman was fully hedged.

Goldman's book would of looked like Britney's hair. But instead of playing, If You Seek Amy, they were seeking Timmy for a toupee!
Posted by Palmoni at 7:08 AM