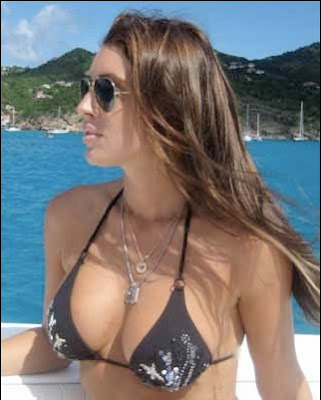 According to TMZ Tiger told his friend, "I have to run to Zales to get a 'Kobe Special.'" The person on the other end of the phone asked Tiger what a "Kobe Special" was. The reply -- "A house on a finger."

A "Kobe Special" at Zales. Too funny! 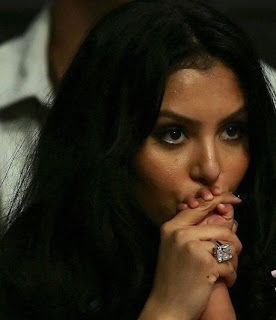 Here's the Kobe Special sported by his wife, Vanessa.

He won't be able to pick that up at Zales!

And he better stay "sleeping" until his cuts heal before he has an interview with the FHP!

But what's with all the moralizing saying Tiger's career is over? Check out Lupica's hatchet job on Tiger at the NY Daily News. He wants Tiger to come clean and quit the cover-up:

No one is suggesting for one minute that Tiger Woods' marriage is some kind of national security issue. Neither is a minor traffic accident in which he was the only person injured. But it is a police matter, has been from start, from the time they were called to his home and the most famous athlete on the planet, and the richest, ended up in the hospital because of whatever happened in his insulated Isleworth neighborhood at a time of the night when nothing good ever happens, and you can look that up. If this was a "minor" accident, Mr. and Mrs. Woods could have explained it by now, no problem.

At least we know what is giving Tiger his problems. His putter!
Posted by Palmoni at 8:08 AM