Treasury to sell JPM, COF and TCB TARP warrants in an auction 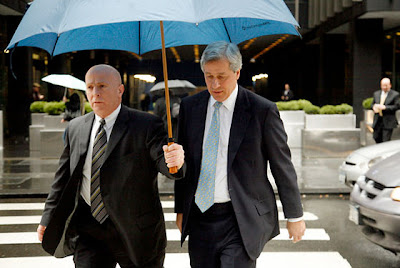 Remember that? JPM asked the Government to "cancel half" of the warrants out of "fairness" because the public had "stigmatized" the program!

Mr. Dimon said that he did not know how much they would wind up costing the bank, although he argued the government should cancel half “out of fairness” since new restrictions and a change in public perception had stigmatized the program.

Dimon must of been doing "God's work" with Lloyd. Oh wait-I forgot. Chase is giving out $5 million to charities on Facebook! So we need to overlook his misgivings!
Posted by Palmoni at 4:38 PM

felt like a slow day. how was your trading day today?

boring and slow I couldn't even force a trade