Patient in "coma" for 23 years was conscious the entire time 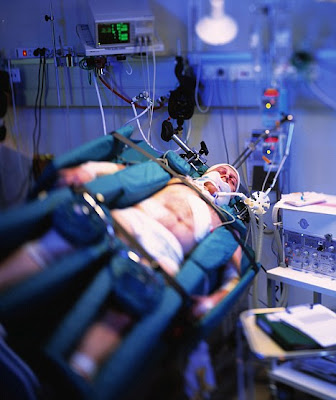 A man thought by doctors to be in a vegetative state for 23 years was actually conscious the whole time, it was revealed last night.

Student Rom Houben was misdiagnosed after a car crash left him totally paralysed.

He had no way of letting experts, family or friends know he could hear every word they said.

I screamed, but there was nothing to hear,' said Mr Houben, now 46.

Doctors used a range of coma tests, recognised worldwide, before reluctantly concluding that his consciousness was 'extinct'.