A rant from Cramer 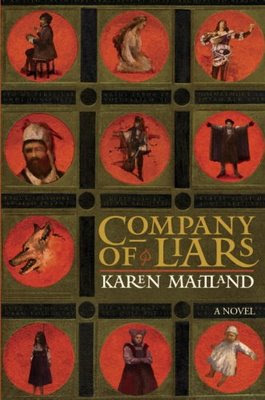 Since I said back in early May that Wall Street was a company of liars, I'm glad that Cramer has joined in with a rant of his own.

Of course, you're never supposed to call it as you see it on Wall Street, so Cramer's rant, like mine, will be dismissed.

But what made you money? 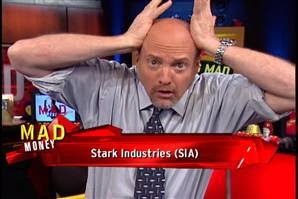 Which New Lies Will We Hear Today?

Come on, media, fire it up. Let's hear the lies about retail sales. Come on, pundits: let's hear some fibs about how anything good is chimerical and false. Alert the media to give us some. Let's hear them -- the lies about how bad it really is out there. Goes well with the lies we heard about back-to-school. Let's gin up the "bad holiday season" lies. How about lying about the excellent performance of Home Depot or Target or TJX . We can make up some good lies about easy compares or profitless sales. Oops, it is actually profitable sales, but who cares? Great lying territory ... like anybody's under oath around here!

How about some more spin about the banks and how poorly and undercapitalized they really are. Good start yesterday. We need some good car lies, about how Ford's really doing awfully and GM's lying about its turn. No need to revise the lies about the "Cash for Clunkers" program, the first stimulus program that actually worked out of this administration. Better to just stick with the lie that it didn't and go with the "pull-forward" dissembling even though October was terrific.

Hey, I got a couple of good lies. First, Buffett. He's lying to himself about Wells Fargo and his new buy. He doesn't know Wells Fargo like Meredith Whitney does, even though he bought in back in 1990. He's as off base with Wells Fargo as he is with Burlington Northern (BNI - commentary - Trade Now), that senile, happy-go-lucky accidental billionaire. How can he not know that Meredith Whitney's the most bearish she's been? She's been at it much longer and is much smarter than Buffett, isn't she? And how much wiser she must be, because she doesn't put a dime where her mouth is.

Let's hear about today's negative spin about housing. We know that it will drop off dramatically when the housing credit expires. But, oops, it was just extended. Well, after the extension expires, it will be really bad. How about the Fed having to let the mortgage rates raise? How about that lie after what Bernanke said. Oh, he's lying too. Big liar, that guy...

Baltic Dry Index? That's lying too, right. I mean, that index can't keep going up. That's phony. It's time to bet against world trade for certain, as that whole index is just a measure of nothing. Pay attention to it at your own peril.

I can go on and on about the lies I hear. The lies about anything good. The lies that determine what you hear, like it is 1984.

And heaven forbid if we are down today, the whole complex, the whole edifice of lies will come tumbling down and the bears will be right, right as rain. AS THEY HAVE BEEN SINCE MARCH!

So, I am getting settled in for a full day of lies. Like yesterday's. Maybe more convincing than ever.

I wish I could lie about this stuff. I am just fooled and lulled into believing that we just had a big run and that you could sell billions of dollars of "Oops. Volume is thin." That's a lie, too.

Maybe I should ask no questions.

Then I will be told no more lies.

Perfect.
Posted by Palmoni at 4:35 PM

While Cramer may be bipolar, he is spot on!

Yeh--I could identify with that!