TD Bank complicit with Rothstein? Bank on it! 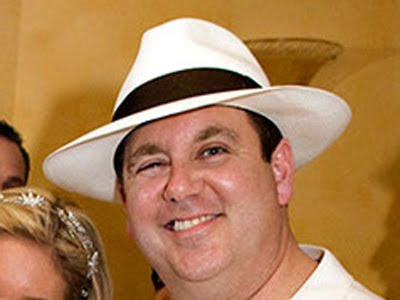 The South Florida Scott Rothstein scandal lawsuit is now out, and the first fish they want to fry is TD Bank.

Which means investors will get their money back.

When the scandal first hit, that was who I first fingered. And so does the lawsuit. Just read point 3 and 4:

3. However the principal conspirators did not act alone. Defendant, TD BANK, N.A. (hereinafter, "TD Bank"), a subsidiary of Torinto Dominion Bank, was complicit in this scheme, serving as a critical lynchpin "legitimizing" the Principal Conspirators plot and facilitating crucial inducements to investor action.  Specifically, investors were duped by TD Bank employees conspiring with the Principal Conspirators to manipulate TD Bank's trust account statements and conniving investors with false senses of security predicated on written assurances that settlement funds existed and would only be released directly to them. It is these bank declarations, tantamount to a guaranty, which greatly impacted investor risk-evaluation analysis and unduly influenced investors to close their deals.

4. ....In fact, in October 2009 alone, almost half a billion dollars moved in and out of RRA's Fort Lauderdale based trust accounts--more money than most bank branches would see in a decade.  Yet despite the massive amount of funds being moved by one client, TD Bank never sought independent verification of the source of the monies, choosing instead to stand idly by.
-------

It's Rothstein's fraud, but it was aided and abetted by TD BANK's willful ignorance. So the bank pays.