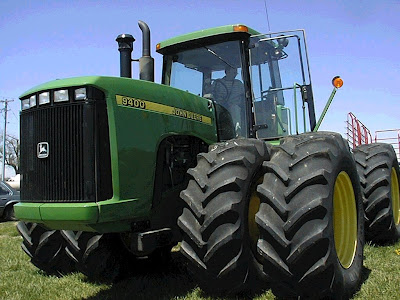 So Morgan Stanley was out touting DE to 64 this morning. DE reports Wednesday before the open. Last week, Cramer touted DE higher, and before that, this blog was on board.

So is the crowd right? Or at least the crowd I'm in?

Well, didn't Goldman tout China to 5300? And how about CAT. Wasn't that number the exposed to home construction--and what happened to that name?

How about option expiration on Friday? Why couldn't they pin DE to 50? Wasn't there something in it for them, if they could?  Instead, buyers took the name.

But maybe you are a cynic. So make some calls. Call the dealers. See what they had to say, because I already did. Ask them if sales have picked up. The response I got back was, "We never lost any."

Ooohhh. So much for lost business from the ethanol hype! Wait--Isn't that the lame reason used here to sell the stock? Well--that should get press. Because lame reasons do!

But since when do people on Wall Street do research. Most of them are lazy.  Oh--that reminds me. Remember my La-Z-Boy call? 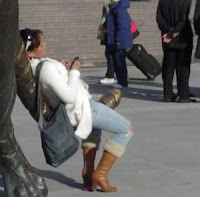 I put in a picture so no-one would forget! That was last Monday's earning call. The stock then was at 7.38. What's it at today? 9.72! As advertised!!!! But didn't some clown tell you to stay away from LZB also? Where is he now?

I suppose I should put out cuter pictures. Maybe then, Wall Street will pass it around. Because if you have a nose for good old fashioned research, Wall Street doesn't care. 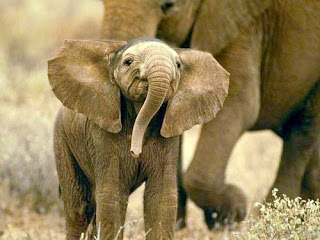 They only want "good information" when they know the only risk to the information is if they get caught!

And speaking of poor information. Didn't we hear Meredith Whitney warning us, lamely again, about the credit contraction? Didn't that get a lot of press?

Where was the antidote to that?

It was right here:

ECONOMICS/STRATEGY
US Economics/Strategy Weekly  - Joseph LaVorgna: The sharp declines in both consumer credit and bank lending have caused investors to worry about the sustainability of economic recovery. However, negative credit growth does not need to weigh on domestic demand—we would argue that if the pace of de-leveraging slows, domestic demand growth will rebound even if credit growth is negative. It is the change in the flow rather than the stock of credit that is important for domestic demand growth, which is why lending tends to be a lagging indicator of economic activity. The upshot is that today’s early stage economic recovery is likely to gain traction going forward, aided by unprecedented monetary stimulus and the need for businesses to both rebuild inventories and replace a depleted capital stock. - We are projecting the economy to grow at a 3.9% rate over the next four quarters. While this should be sufficient to meaningfully improve the employment situation and ultimately push the Fed into tightening monetary policy, it is actually on the soft side compared to the early stages of previous economic recoveries, which typically average about 6.5%. In the accompanying charts, we analyze the various underpinnings of our medium-term economic forecast.

with Gold getting hot and hotter...and physical gold delivery needed and supply in gold potentiall constrainted....would this force more mining needed to get physical gold out to meet the physical demaind? ie...could this help speed up that one columbian company?

also, if there was a shortage in physical could this cause an unexpected spike up?

just trying to really understand gold...it hasn't connected in my brain why it's so hot right now

Gold is hot because no one trust government currencies! World governments are printing money hand over fist and with commodities such as gold, they can't print those!

Also take a look at the US debt... there's no way in hell that it'll get paid off with today's dollars. Once you understand it... then you'll realize all hard assets are still cheap.

i understand that part of it...but it's not like the world can trade in gold and we're going to only buy bread with gold and silver coins?

We'll still trade with some kind of currency, but it's all about protecting your purchasing powers for the future!!