Say it ain't so, Warren! 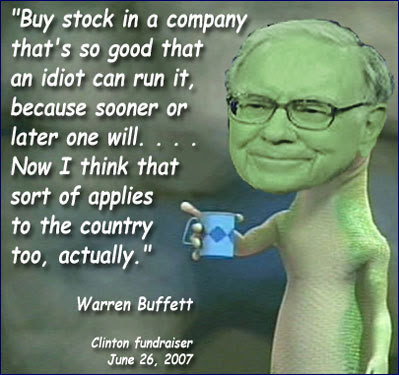 I thought that Goldman Sach's line was, "Do as I say, not as I do--but now it's also Buffett's?

Say it ain't so Warren!!

I thought taxes were fun to pay!

After all, didn't he say that we should pay higher taxes? And he didn't mind?

Bu what happens after you do a tag team with Goldman? In Fannie's 10-Q we have the answer. They have low income housing tax credits of over $5.2 billion dollars:

And they plan on selling half of these credits to Goldman and Buffett.

At a discount of course, to their value, but more than the price they are carrying on their books.

So Goldman and Buffett can pay less taxes!

But "folksy" Warren has been dodging taxes for years. He just does it in a shareholder friendly way. He never lets his "personal" views get involved with what's best for the "corporation."

Remember when Buffett sold Gillette to Proctor and Gamble?

Here was that deal. Proctor and Gamble bought Gillette with all shares, allowing Buffett to not pay taxes on his $4.4 billion gain.

But since PG used shares to buy Gillette, the deal would be dilutive.

Instead, PG announced that that they would buy back $18-$22 billion of PG shares. When the deal was announced it was a $57 billion transaction. $22 billion that PG would spend on buybacks is 40% of the cost of Gillette.

In other words, Gillette was structured as a tax free takeover, whereby shareholders got 60% stock, and 40% cash, but it was washed throw the acquiring company so no taxes would be paid. 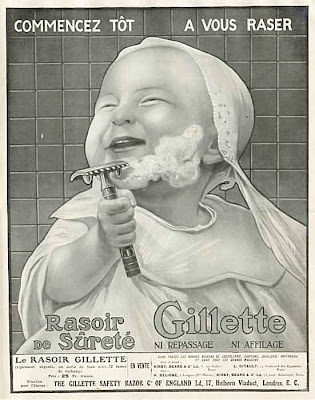 A folksy trade--and good for everybody except Uncle Sam. That's fine with me.

Now remember when that deal was getting done? And how the Massachusetts attorney general was looking at Gillette's CEO Kilts pay package--of over $160 million for the four years?

Even Kilts change of control options were rolled into PG stock!

Who then, was the big defender of the CEO pay packages?

None other than Warren Buffett!

Which means its nice to see that the "Oracle of Omaha" business interests differ from his public proclomations.

But he was sure used as a prop by the Obama Administration when they wanted to tax the rich, wasn't he?
Posted by Palmoni at 7:38 AM