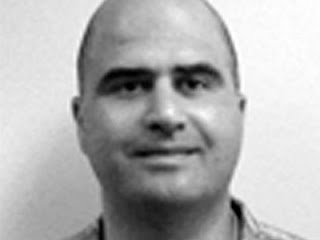 This article was put on scribd.com

Martyrdom in Islam Versus Suicide Bombing

Notice the comments underneath it by Nidal Hasan, the Ft. Hood killer regarding suicide bombings.

"There was a grenade thrown amongs a group of American soldiers. One of the soldiers, feeling that it was to late for everyone to flee jumped on the grave with the intention of saving his comrades. Indeed he saved them. He inentionally took his life (suicide) for a noble cause i.e. saving the lives of his soldier. To say that this soldier committed suicide is inappropriate. Its more appropriate to say he is a brave hero that sacrificed his life for a more noble cause. Scholars have paralled this to suicide bombers whose intention, by sacrificing their lives, is to help save Muslims by killing enemy soldiers. If one suicide bomber can kill 100 enemy soldiers because they were caught off guard that would be considered a strategic victory. Their intention is not to die because of some despair. The same can be said for the Kamikazees in Japan. They died (via crashing their planes into ships) to kill the enemies for the homeland. You can call them crazy i you want but their act was not one of suicide that is despised by Islam. So the scholars main point is that "IT SEEMS AS THOUGH YOUR INTENTION IS THE MAIN ISSUE" and Allah (SWT) knows best."
ht

And what did our Govt. think of his posts praising suicide bombers?

The comments — and others like them — drew the interest of federal law enforcement authorities, they tell the Associated Press’ Lara Jakes. An official investigation was never opened. But they did begin to pay attention to Hasan, an Army psychiatrist who was about to be deployed to Iraq. 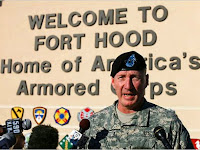 Lt. Colonel Cone said that investigators can't rule out the possibility that terrorism was involved but "the evidence does not suggest that."

How wasn't this terrorism?
Posted by Palmoni at 9:56 PM

Religions are never tolerate untill they are subdued. Christianity in the middle ages was a horrible, murderous lot with the inquisitions, the holy wars and generally killing anyone who did not support their god. These days its the muslim religion that is bent on the destruction of their enemies: i.e. anyone who doesn't accept their god and culture. Seems to be part of the inherent intolerance of the concept of gods. Our god is better than your god and we'll kill you to prove it.