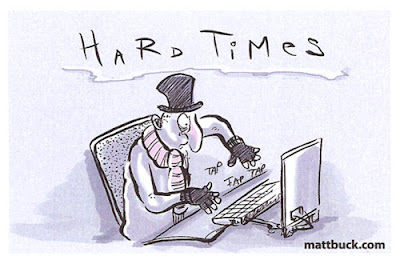 But don't worry--Everyone unemployed is just another potential daytrader!

The job losses were only 190,000 because people fell off the unemployment rolls.

It is an ugly report, no matter how Wall Street spins it, but they'll say its getting better because the "change in the change" is getting less.

Sort of like your girlfriend saying she'll only be sleeping with your buddy 3 days a week instead of 4.

The off day, she'll be out in the bars.

Which is why Main Street is so p*ssed. 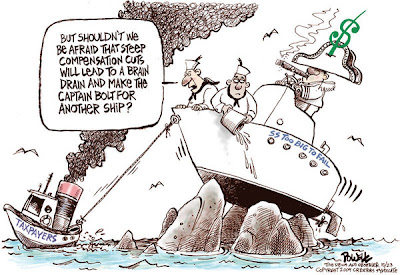 They're left with pocket change, and Wall Street is left with billions of bonuses.
Posted by Palmoni at 8:35 AM

it's been quite choppy...do you think we're consolidating?

The economic "news" doesn't have a bearing on the stock market, despite what people want to believe.

We are just consolidating yesterday's ramp

I wish there were more jobs for people, and the administration is lying about the extent ofg the job losses, but the disconnect with Main St and Wall St will continue

i think a lot are piling into AMZN to short for it's seasonal drop...not sure how that will play out.

Wow, gold touched $1100/oz today. The animal spirits are in full force! Can’t wait until the end of November for that announcement… you think placing a order on a new car in anticipation of the news is a bit premature? :P

as long as its not a maybach

Guess I need to wait ;D

u think its still worth picking some up in the 8s? I sold out at 7.50 for no real reason

hey Palmoni and Anno- how much of the columbian company makes up of your portfolio?

excuse my ignorance, but what announcement at the end of November is Anon talking about? Thanks.