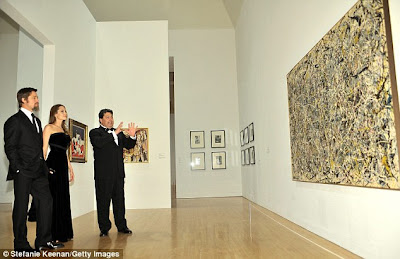 I think Lucifer was Pollock's best work--not his numbered drips.

Because at least on that one, you know he had a helping hand.

In fact, that painting was analyzed and compared to the firing of the neurons in your brain, and it supposedly was a good representation. Or at least said Life magazine. Here are the intermediate filaments in your brain tissue. 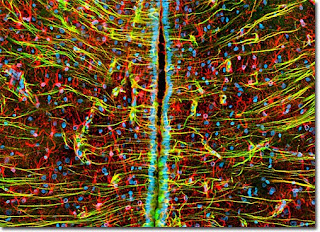 So it's nice to see that Brad Pitt, an avowed atheist,  checking out Pollock, the creator of Lucifer.

Pollock's One: Number 31? Wait--Isn't that also the numbers in the Shakespeare enigma?

Maybe its not a fairy tale. 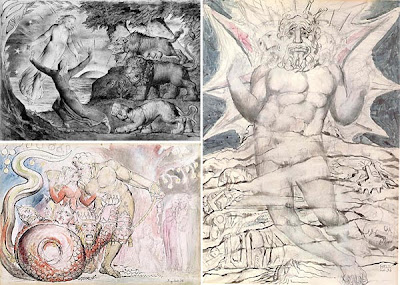 I suppose I have a different viewpoint. 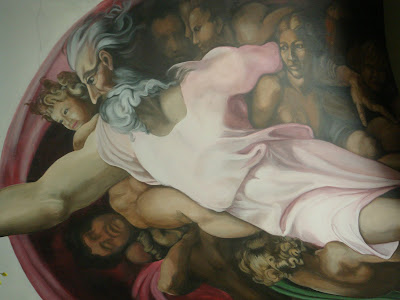 After all, someone's daughter looks quite happy next to the face of God!
Posted by Palmoni at 10:42 PM