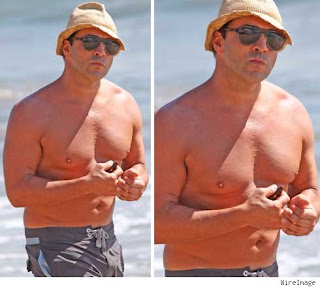 The 44-year-old said: "I was the guy that dabbled in soya milk, but now I've found out soya milk has enough estrogen for me to grow breasts, I had to put the soya milk down.

"It was a very confusing time."

When I was training, I drank a ton of milk from cows. But then, I never used Hollywood's juice! Nor did I get mercury poisoning from eating sushi! 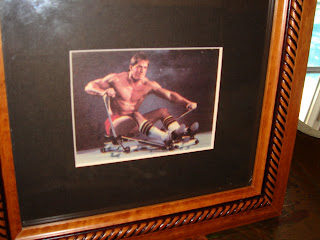 Maybe Piven should work out on a rowing machine. With high socks!

Or maybe, he doesn't know how to train hard!

LoL where do you find these stories??

is that you in the pic?

yeh back in the day

I'd like to see your man boobs on top of my cupcakes.

I know you wall street types are pigs-in a good way :)or is that bad?