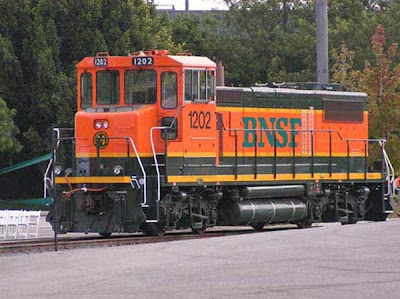 Buffett's buy of BNI was disregarded by investors this morning, as they sold stocks.

I think that's a big mistake.

BNI is a green railroad. So Buffett's big bet is on Obama's stimulus program, and green technology. Maybe you think BNI's website is just promotional, so let me use the WSJ instead:

WASHINGTON--Berkshire Hathaway Inc.'s planned purchase of Burlington Northern Santa Fe Corp. represents a bet that upcoming Washington policies to improve infrastructure and combat climate change will be a boon to the freight-railroad industry.

President Barack Obama has said railroad investment will be a cornerstone of his transportation policies, given the environmental benefits and improved mobility that come with taking cars and trucks off roads.

The White House set aside $8 billion in the economic-recovery act to improve passenger railroads--money that will directly benefit freight railroads since they own almost all of the lines used by Amtrak and regional commuter-rail operators.

Another $1.5 billion in discretionary spending in the stimulus is expected to finance many rail projects, including a plan to reduce congestion in Mr. Obama's native Chicago, the nation's busiest freight-rail hub. That project has already won $322 million in funding from Illinois that is expected to attract federal dollars.

Mr. Obama has also said he would seek to budget $5 billion over the next five years for high-speed rail projects and to set up a national infrastructure bank to finance regional projects like rail improvements.
--------

Today, we heard more reasons why other railroads weren't buys. Buffett has already made his move...blah blah blah.

We heard the same thing in June. But that time, we got this chart to prove it!

On my piece on the railroads, I said that they needed to be bought, because they looked like they were rolling over, and in this market, you need to buy every time things look that way.

Isn't that how the charts look now?

On the morning of March 9, Warren Buffet was on CNBC. That was the market bottom. I put the picture of Buffett that day on my  BNI story this morning.

After the close on March 9, Dow Chemical bought Rohm and Hass for $78. The deal would close with financing from Buffett, Kuwait, Paulson & Co, and the Haas family. Few people thought that ROH would pay full price. They did.

The takeover boosted confidence in the market tremendously.

Buffett's takeover of BNI can do the same thing now.

The companies that make up the S&P have the highest percentage of cash ever sitting on their balance sheets. And Buffett is revered by Corporate America.

If Buffett is buying, why aren't they?

And M&A activity is not in stock prices.

But that, and confidence, will soon be. 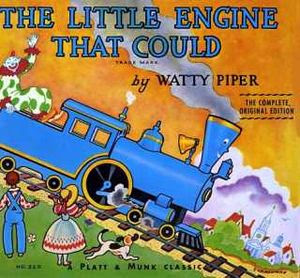 And once again, the market will be the Little Engine that Could.

And once again, the market will prove the bear's arguments to be just childish!
Posted by Palmoni at 7:39 PM

Wow so back to being a bull and no more being a bear? So what would you buy right now? I'm lost on what to do

Any guesses on what will happen after the fed meeting?