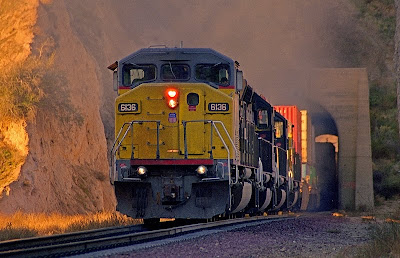 According to a regulatory filing Monday, Burlington Northern CEO Matthew Rose told employees on a Nov. 3 conference call that Berkshire "will be disposing of both those holdings between now and the transaction date." A Berkshire spokeswoman had no immediate comment. Spokesmen for Union Pacific and Norfolk Southern didn't respond to requests for comment.

Berkshire's most recent filings show that the company owned 9.6 million shares of Union Pacific and 1.9 million shares of Norfolk Southern as of June 30.
-------
This shouldn't be any surprise. It will help Buffett pay for BNI and raise $666 million give or take a few.

But Buffett was never crazy about UNP's management. He said so in his 2007 shareholder meeting. Buffett, ever the diplomat, was asked if he had any discussions with UNP--especially since they were located next door in Omaha. Buffett sort of laughed at the question, and then he sidestepped the issue of management, but he inferred that he liked to buy companies that didn't need great management.

But now that Wall Street has gotten aboard the Buffett express, can I bring up Doug "called the generational low bottom, but flipped out his longs three weeks later" Kass and his call on Buffett buying BNI? 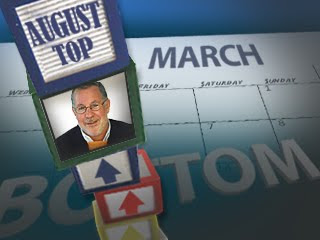 Wait--I know that Doug Kass had a different version--so you can read that one also.
But on March 27, he said this: "and suggest that it is now an appropriate time to raise some cash.The gloom and doom that permeated the investment scene in early March is now disappearing. My sense is that, not unexpectedly, investor optimism is now on the rise and that sentiment indicators will exhibit that heightened optimism as they are released in the days ahead. This coupled with overbought technical indicators lead me to a more cautious view now."

But then the top was in August--and then in September, and then in October...and then it was just topsy turvy!

I bring that up, because he loves to talk with big words, and a pompous air, and he said that Buffett was meeting his Waterloo with his buy of BNI.
----------------------
* The valuation is definitely not Graham & Dodd-like.
* Berkshire's cash-hoard is now materially depleted
* Buffett was forced to pay stock and affect a big stock split -- both very un-Buffett things to do.

As there arguably still remains a Buffett share price "premium," I would now make the case that the interaction of the above factors will lead investors to valuing Berkshire Hathaway more like a closed-end fund (selling at a discount to its underlying or "intrinsic" value) and less like the premium and prized possession that it has been over the past 40-plus years.
------------------------------------------

Boy that story had a lot of legs, didn't it? 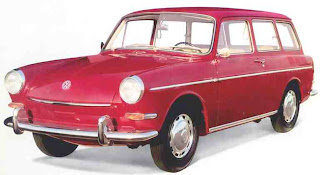 Oh wait--let me talk like Wall Street. The variant view, espoused by Doug Kass, that Warren Buffett overreached in acquiring BNI, at a price substantially above intrinsic value as defined by Graham & Dodd, arguably, at that time, made much sense, but investors, chose instead, to overlook the near term uncertainties and to focus on the long term strengths that the acquisition would bring.

"Cash hoard is materially depleted?" You mean he burned up some cash buying BNI?

I guess I'm just not as educated as Wall Street. (But wasn't Volkswagen the people's car? And the Variant, wasn't it air cooled? With the split windshield? Just in case someone goes thru it?)

But I can sure kick their ass in picking stocks or market direction!
Posted by Palmoni at 12:08 AM

I will never know how Kass ever got the investment rock star reputation he seems to enjoy. His calls have been horrible. I remember him pounding the table on the financials back in June of ’08 saying the bottom was in with bear stearns. Anybody following that call got stomped.
I made a comment over on Jeff Matthews blog when Matthews talked up Dougs brilliant insights for ’08. Doug put out what he called “ possible improbables “ for the year and incredibly, many came true. Matthews presented those as proof of Dougs genius. I then pointed out to Matthews that the term possible improbables was playing both sides of every issue. If the prognostication happened, well I said it was probable. If some foresight didn’t, well, I did say it was a improbable event. Of course he’ll have a good call record with standards like that, say around 100% correct.
This year was a good example of the Kass comedy routine. Call a “ generational “ low in early march and then get bearish a few weeks after this “ generational “ low?? WOW, that’s quick. And he has been pounding the table bearish since with many blurbs stating he was going heavy on the short side. This was in June.

He must possess some kind of disarming charm for people to overlook such lousy analysis.