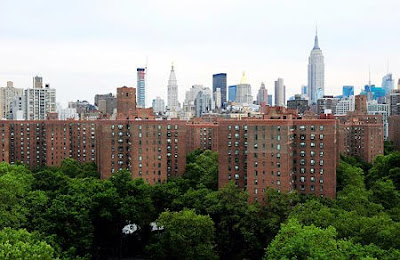 Last week, everywhere we heard about the woes at Stuyvesant Town. Oh my! If you can't jack up subsidized rents, and that's not in your model, you run into trouble!

Now Stuyvesant is being restructured:

That was harmless enough, wasn't it? But boy were the hands wringing!

Look at this piece by Lord Abbett--the second paragraph to the bottom: "Since previously borrowers had to just about declare bankruptcy to restructure without tax consequences, this change will also bring liquidity to this market by giving both borrowers and lenders ways to relieve trouble without either having to go to extremes or pay a tax penalty."

Today on Bloomberg, we see Goldman is underwriting some bonds

The bond is backed by 28 properties owned by Developers Diversified Realty Corp., according to people familiar with the transaction who declined to be identified because terms are private. The offering comes a month after Goldman Sachs made a loan to the Beachwood, Ohio-based company in part to repay debt on the properties and others.

The Federal Reserve opened its Term Asset Backed Securities Loan Facility (TALF) in June to newly issued commercial mortgage-backed securities to stimulate lending and avert a wave of foreclosures as borrowers fail to refinance. There have been no new sales of the debt since June 2008, according to data compiled by Bloomberg.

“It would be good for the market psyche to actually see a new deal done,” said Kent Born, senior managing director at PPM America, an investment manager in Chicago. “But as a practical matter it’s not going to get us back to the type of deals that were the bread and butter of the market merely two years ago.” 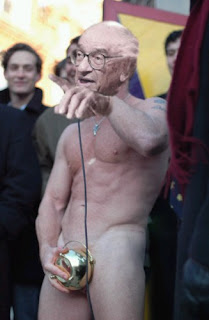 Which means even Alan Greenspan can tell us better times are heading our way, after previously predicting a depression, while pimping for PIMCO!  Wait--is that really him? I just don't know what face we are going to get!

“We have been very fortunate that the stock markets moved back” and are “re-liquifying the whole process,” Greenspan said at an event in Edmonton, Alberta, presented by Abu Dhabi National Energy Co., the state-controlled energy producer known as Taqa.

i guess this explains DDR going up 10%...it's crazy...we have secondaries...now bond issuances...i wonder if more bonds will be issued going forward to recapitalize the reits.

When can we have the dollar and stocks go up at the same time? At this rate, this dollar decrease is the inflation.

If the dollar keeps dropping isn't that major inflation? How do we put food on the table?

I am wondering if you have taken a look at Rare Earth Elements? I’ve been reading that China makes up like 93% of the world’s production of REE and by 2012 their domestic consumption will exceed their production which mean no more exports from China. REE are used in electric motors, wind turbines, and solar panels so I think it is critical for our future =P

It seems the only other reserves of REE are located in California and Canada. I found some interesting news on the past bid attempt by CNOOC to buy out UNOCAL. Apparently UNOCAL owned the Mountain Pass mine, a potentially rich REE mine in California. This explains why Congress blocked the acquisition since we don’t want to be giving that stuff away. I think I found a few names but I want to do some more DD on them before releasing them.

I’m getting anxious about the “potential” news by the end of November from down south! Got anything to throw out or is it hush hush for the moment? Well thanks and good job on having an awesome quality blog!

Didn't know he has such an awesome body.