Who owns the fake gold bars? And didn't India get the Brian Belski memo to sell gold--and not buy it? 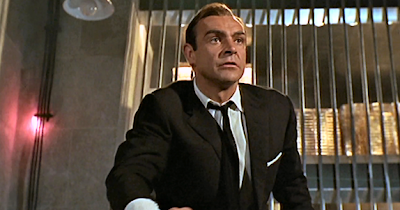 The Chinese were taking delivery of some gold bars and they wanted them assayed. It seems that more than a few of them had cores of tungsten.

Central banks with fake gold bars? I thought only Ethipia was supposed to have that problem!

But what has clearly now got the government even more worried is that another different batch of gold in the bank's vaults has also been found to be fake.

At least the Chinese had the $50,000 version, versus the $500 cheaper version of a gold bar made from tungsten, with lead wrapped around it, and heavy gold electroplate!

Why bring this up? I know I had a gold story last week, where Brian Belski said that gold was like tech stocks in 1999. Apparently India didn't get his memo. Because when the IMF announced their 403 metric ton gold sale, India was buying 200 tons of it. And they did it between Oct 19-30--at an average price of $1045. 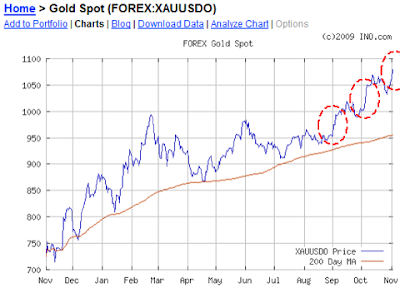 But why shouldn't gold rally? It's the first week of the month? Anyone notice how gold ramps in the first week--of September, and October, and now November?

Someone having a delivery problem??

"There seems to be circumstantial evidence that this month the gold exchanges are unable to honor their expiring contracts for which delivery notices have been issued in September. It has occurred in spite of a robust, even increasing, contango. Furthermore, circumstantial evidence exists that counterparties to these expiring contracts for future delivery — bullion banks, to be precise, the name of J.P.Morgan and Deutsche Bank being prominently mentioned — have offered bribe money up to 125 percent of the quoted spot price to holders of long contracts if they would take settlement in paper, on condition that the embarrassing affair will be kept secret. If true, these maneuvers are motivated by the desire to conceal the real gold basis, and to deny that gold is in or approaching backwardation. If the truth were widely known, then there would be a run on the bullion banks."

But in that previous gold story, I talked about the missing "gold" in the GLD. Here is today's latest list. Check this out. We are now up to 1502 pages. Last week we were at 1291 pages. What happened??

Can you imagine if buyers demanded assayed gold? Instead of some schmuck going in and looking at serial numbers?

And how about the world's "official" gold holdings? Look at this beauty. Compare the Central Bank's  gold holding, versus their % of Forex reserves. 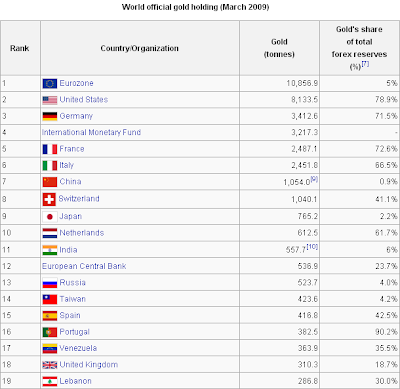 See China? Anyone wonder why they want gold, and not paper?

And who else wants the gold? None other, than Goldman Sachs. And whose gold do they want?

They want India's! India has $807 billion of gold hoarded in households. (check the video at the link.) They want to make it simple to buy and sell gold--by giving India's gold hoarders a certificate for their gold, that they can trade.

Who are the depository participants of India's National Spot Exchange where this certificate will be traded? None other than Goldman Sachs, a 10% owner.

In this world, there's no shortage of fiat paper money, but there is a shortage of real physical gold.

I know an individual gold broker in the world in off price gold, who is making millions of dollars each week, facilitating transactions in physical gold to individuals that the bullion banks would consider to be "unsavory." And in this shadowy world, they are paying outlandish premiums for the physical metal.

He moved overseas where he could conduct his business without "interference."

I think the only difference between him and JPM and GS is that his clients would have a harder time passing scrutiny, but the story is still the same.

Someone wants real gold, and someone doesn't have what they say they do. 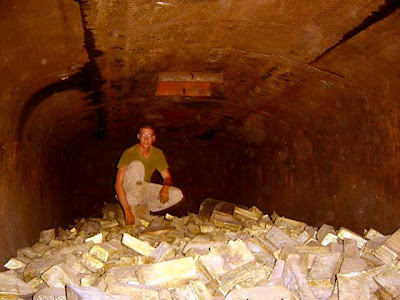 Maybe you think that the "gray market" for gold, is just innuendo and rumor.

Then why do JPM and GS want the physical gold, and why do they want to give you a piece of paper for it?

Didn't these banks counterfeit shares in the naked selling of stocks, and didn't they counterfeit mortgages with their securitization?

What makes you think they won't attempt the same ruse with gold?

So just give these bullion banks bankers the finger, and hold the gold yourself!
Posted by Palmoni at 7:06 PM

Yesterday i bought viagra in [url=http://shoppharm.com]Online drugstore[/url].
On my surprise it works excellent! All the matter is that the price low, because I do not pay for the trade mark. That's all!
You can see explanations about it.
A generic drug (generic drugs, short: generics) is a drug which is produced and distributed without patent protection. According to the U.S. Food and Drug Administration, generic drugs are identical bioequivalent range to the brand name counterpart with respect to pharmacokinetic and pharmacodynamic properties. By extension, therefore, generics are considered identical in dose, strength, route of administration, safety, efficacy, and intended use. In most cases, generic products are available once the patent protections afforded to the original developer have expired. When generic products become available, the market competition often leads to substantially lower prices for both the original brand name product and the generic forms. You can read more at http://shoppharm.com