ANF--Time for their booster shot 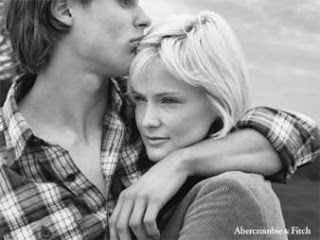 Last week Barron's had this to say about ANF:

Amid hopes that better days are ahead for the teen retailer -- famed for high prices and risqué ads featuring scantily clad models -- the stock price has doubled since the stock market began rebounding in early March despite crumbling sales and profits.

But Abercrombie faces a challenging environment. And its stock could unravel faster than a cheap sweater.

"The stock has gotten way ahead of itself, and we sold it ages ago," says Scott Black, founder and president of Delphi Management. "If you need to buy retail stocks, you can do a whole lot better."

"A rebound will take time," says Reno Giancola, an analyst with Gluskin Sheff & Associates. "In fact, it will take longer than bulls expect, and before then, there will be an opportunity for a better entry point in this stock."
--------
ANF reports earnings on November 13, and Goldman and Credit Suisse both goosed the stock this morning. ANF isn't spending $ on new stores, they've cut costs, and they have international growth in a forgiving market. 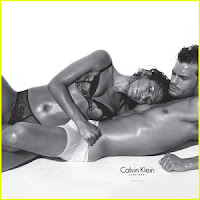 And compared to Calvin Klein's latest ads, ANF's are tame.

These lingerie ads are to models, as Nutri-System is to Marie Osmond.

But they both squeeze the stocks.

You gotta go with Goldman on this one.
Posted by Palmoni at 7:56 AM

Sorry what does goosed mean?And going with Goldman?

ANF goes higher--It's been bagged by so many on the street --Here's what Goldman had to say about it this am:

Source of opportunity
We upgrade ANF to Conviction List Buy from Neutral. We view the story as increasingly attractive within the
context of our investment framework, given a combination of: (1) Significant longer-term growth drivers:
Accelerating international store openings have the potential to almost double EPS in 2010 due to the much
higher productivity and profitability of these stores; We see ample room for more international openings in
2011 and beyond; and (2) Company specific drivers for improving sales trends in existing stores, including a
more vocal value message (which is starting to help traffic) and returning tourist visitation to the US.
Catalyst
ANF shares are 58% off their two year high vs. an average of only 25% for our apparel retail coverage. While
the international profit opportunity has been part of the bull case for some time, we see it as a bigger catalyst
for shares in the coming quarters as the pace of openings is accelerating notably vs. last 12 months and
domestic profit erosion should be much less of an offset thanks to drivers noted above. We expect ANF’s
stock to react favorably to improving sales trends in coming months and upside to EPS in 4Q and beyond.
Assuming higher sales, we raise our new 2009/2010/2011 EPS forecasts to $1.11/2.02/2.67 from
$0.99/$1.91/$2.49; our new estimates average 22% above consensus.
Valuation
Given ANF’s depressed margins and accelerating international growth, coupled with our expectation for
improving near-term trends, we believe shares should command a multiple premium to more mature peers.
Based on our new EPS and higher target multiples (6.5x EV/EBITDA and 22x PE), we are raising our 6-
month target to $45 from $36, implying 29% upside.
-----

Since goldman updraded and its up a bit already is there still more to run with earnings announcement?