"What do you know about gold, Moneypenny?" 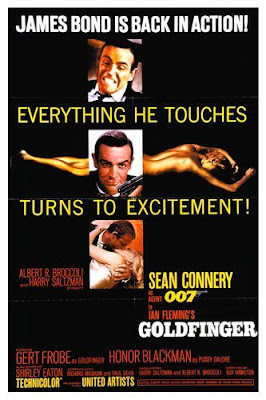 The www.fool.com had a story Friday titled "The Next Million-Dollar Penny Stock" and it gave five examples of stocks that returned between 260% and 1044% over the last five years.

And then they came up with this story:

Because of their adjacent locations in the prolific Red Lake mining district of Ontario, Canada, I believe Goldcorp (NYSE: GG) and Rubicon Minerals make for a logical pairing. Rubicon has uncovered bonanza-grade ores at Red Lake. Since Goldcorp founder and former CEO Rob McEwen owns nearly a quarter of Rubicon shares, I presume I'm not the first to ponder such a pairing.

And then they had this to say:

Basically, I think Rubicon's resource will wind up being a lot more than 3 million ounces. Deposits at Red Lake wind up growing consistently over time for the most part. My own back of the envelope calcs tell me Rubicon probably has 5 million ounces or more in their F2 property which would support a price in the $5 plus range in the next two years as the resource becomes more clearly delineated.

MGOL is located next to some of the most prolific gold bearing properties in Colombia. The CEO owns about 80% of the stock, but people can't get a handle on the company, because they did a reverse merger into a shell. In probably six weeks or so, MGOL's audits and a 43-101 will be done on some of their properties, and I believe that one of the properties will show 5 million ounces of gold alone.

In SEC filings last week, you can see that MGOL sold $2 million worth of stock, to facilitate the audits and the geological work. I believe that was just a deposit, until they finish vending in the properties of the three companies that are merging into Minatura.

The founders of the three companies that are merging into MGOL, will be officers and directors of MGOL, so the finalization of the mergers should be a formality. Upon the merger's completion, MGOL will have over a million acres worth of claims and titles, and in a couple of months, you'll have the audits and the results of the geological surveys.

I have a public document that was given in an investor presentation, that shows their own geological results, and the average concentration of gold was over 3x that of an adjacent, prolific property that Mineros SA owns. Their partner is AngloGold, a $14 billion dollar company, whose largest shareholder just so happens to be John Paulson. That property is next to the Nechi river in Colombia, which, I believe has the fifth largest placer gold deposit in the world. 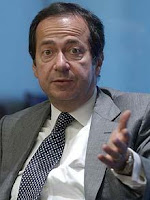 Coincidentally, we all know that John Paulson has been a big buyer of Bank of America and Citigroup, two stocks that I've been touting on this blog. At least I'm investing in the same area geologically as he is!

In a few months, after the audits, and the completion of the mergers, you'll probably hear about the story that I'm telling you now. And then the story won't end with, "Moneypenny, won't you ever believe me?"

I'd figured I'd give you the heads up first.

Or you could just read www.fool.com and buy what they like, and read about 5 or 10 baggers, only after they happen!
Posted by Palmoni at 12:18 AM

Don't you think when the company releases some of the documents towards the end of September the stock is going to make a move?

I bet AngloGold will try to make an offer for the company!! We just gotta tell Paulson about the land, but I'm sure he already knows about it :P

They wouldn't sell to AngloGold, because they have better relations with the Colombian Government, and the Govt. is the one that grants the mining permits.

They are in a much better position to go it alone.

In fact, when Frontino Gold of Colombia was being shopped, no one stepped up to buy them, because they had a $70 million pension liability, and none of the majors could come up with a satisfactory agreement regarding that aspect with the Colombia Govt.

When MGOL releases the independent geological data, and it confirms their geological data, of course then, the stock will make a major move. With big reserves, you can easily raise money off of the reserves in the ground, thus not diluting any shareholders, and turn the claims and titles into producing mining assets.

The reason I bought it up now was that it takes forever to get a position because it doesn't trade much, and so people would at least be aware of the situation, and the risk/reward profile, especially since the fool was talking about 5 and 10 baggers!