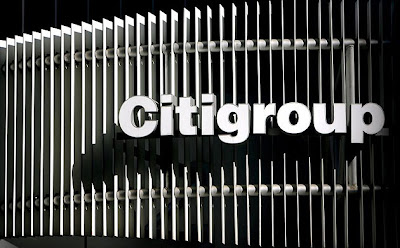 Remember how John Paulson scooped up BAC, starting at 10? What stock is he now taking a huge position in?

And it looks like he already has amassed 200 million shares, quietly buying while the likes of Bob Pisani tell CNBC viewers that it could be "worthless."

Meanwhile, this blog has been pumping the stock.

Now maybe Wall Street will get a little bit more behind Citigroup, since the man who made $3.7 billion in a year, has now been a big buyer.

Hedge-fund hotshot John Paulson has been quietly snapping up shares of beleaguered Citigroup in recent weeks, sources tell The Post.

Paulson was said to have acquired a roughly 2 percent stake in Citi -- below the 5 percent threshold that would require him to disclose his investment stake in a securities filing, according to one source.

Although it's unclear what the hedge-fund master's rationale is for buying shares of the nation's most troubled bank, of which Uncle Sam holds a 34 percent stake, sources think that Paulson believes Citi's assets are undervalued.

If Goldman and Paulson are buying then $7 by Janurary seems like almost a no brainer since these guys are looking for doubles off these levels.

I've been watching ever since, waiting for a decent pullback that has yet to occur.

I almost pulled the trigger yesterday for .60, but decided to wait until today, sensing a down day was overdue.

And I got the down day, but the John Paulson story screwed it up. C is the only damn thing up today. Missed out on this one I guess.

BTW, you still like the drillers? I'm eyeing NOV again down at 37, but I'm thinking oil may have a bit further to correct.

I flipped the drillers on the rally we had. They just didn't trade right.

I'm waiting on these stocks though because if you look at them, they trade down almost for a couple of weeks before you get the rally

A cheap option play tho is ATI The BA news may help this number and they'll figure that out tomorrow after all BA is up 4 smackers already!

that's my beaten down pick instead of the drillers!