AIG gets its swagger back 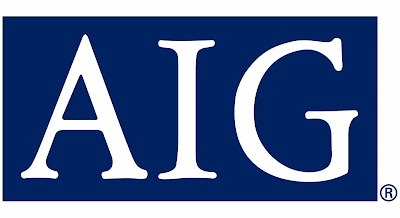 Look what Credit Sights had to say about AIG:

“I think what investors are focusing on and has been driving the stock over the past couple weeks is renewed optimism about a couple issues at the company. One quarter doesn’t mean a trend, but if you look at the last quarter’s numbers, to me and to a lot of investors, it appears the cratering in the business units, the exodus of employees and the difficulty placing business has subsided to an extent."

AIG's new CEO had this to say:

He is willing to wait as long as three years, he said, to offer stakes in two multibillion-dollar foreign units that the insurer had been racing to spin off.

"It's not a question of if, but when," Mr. Benmosche said in an interview with The Wall Street Journal at his home here. "Once the market gives us a price that I think is fair, we can go forward. ... If we sell too soon, everyone loses."

And in the WSJ:

Despite the critics, it looks like Benmosche is bringing the swagger back to the Insurer that Greenberg Built. Benmosche told Reuters it was unfair that AIG employees have been blamed for the bail out.

If this stock didn't split, where would AIG be at now?

No wonder Charlie Gasbag was on CNBC!