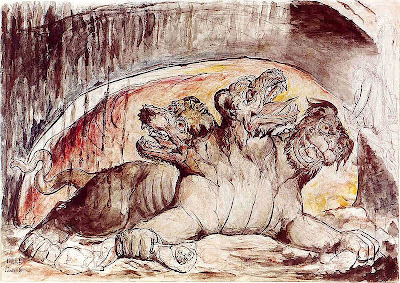 Cerberus Capital Management's investors overwhelmingly want out of the firm's core hedge funds, asking for the return of more than $5.5 billion, or almost 71% of the fund assets, according to people familiar with the matter.

"We have been surprised by this response," Cerberus chief Stephen Feinberg and co-founder William Richter wrote in a letter delivered to clients late Thursday.

They were surprised???? Is he kidding me?

We know how Feinberg has screwed the companies/investors/workers that he bought into. That story was here.

And we also know that Cerberus, a large shareholder of Aozora bank, influenced them to finance his deals--and they went sour.

TOKYO (Reuters) - Japan's financial regulator is examining ties between Aozora Bank and top shareholder Cerberus Capital Management to see if the U.S. private equity firm has put pressure on the bank to finance deals, the Financial Times said on Monday.

Aozora, which owes the Japanese government almost 180 billion yen ($1.8 billion) following a bailout in the 1990s, has been hurt by soured U.S. mortgage investments, including some arranged by Cerberus.

The bank's shares have lost more than a third of their value since it listed in 2006, although Cerberus is still investing -- with a plan to raise its stake to 46 percent.

A spokesman for Aozora, Tsutomu Jimbo, declined to comment on the report, as did the head of the regulatory Financial Services Agency.

"I cannot comment on individual cases ... but as a rule, banks and their major shareholders are expected to keep at arm's length from each other in their businesses," FSA Commissioner Takafumi Sato said at a regular briefing.

"If a company or an investment fund becomes a major shareholder, they are expected to maintain the independence of the bank's management..."

Now what did our Government learn from this, that Cerberus investors have already learned? After all, aren't investors in Cerberus fleeing?

Because the FDIC is now giving the green light for "Private Equity" to buy banks. Because on Wednesday the FDIC, by a 4-1 vote said private equity, with a 10% capital-asset ratio could run a bank, backed by the FDIC!

So think about this.

It's going to be Feinberg II!

Without the dogs guarding the gates of hell!
Posted by Palmoni at 7:39 PM

If PE can buy banks and be backed by the FDIC, wouldn't that mean even more money will be entering the economy via new loans??

I think this party just started!

Banks are failing; 84 this year. This move by the FDIC is desperate. No, it likely will not create new, fiat wealth, for over the next two years, they expect 1,000 banks to go belly up!
http://newsusa.myfeedportal.com/viewarticle.php?articleid=403