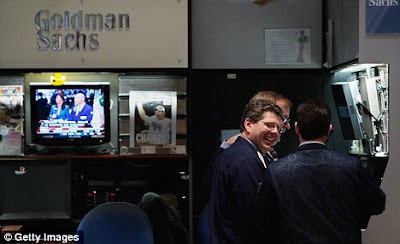 Goldman Sachs is expected to contribute more than £2billion to Britain's depleted public finances this year as profits and bonuses rebound to boom-era levels.

The Wall Street giant is facing a 2009 UK corporation tax bill far in excess of last year's £1.1billion after seeing its earnings stage a dramatic rebound during the first half.

And the Treasury is set to reap a further £1.1billion income tax windfall from Goldman's 5,500 City workers, who are set to earn an average of around £500,000 in pay and bonuses this year