JP Morgan profited off Madoff by an estimated $483 million 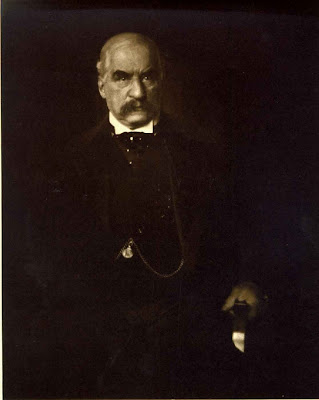 Linus Wilson, Assistant Professor of Finance at Louisiana at Lafayette has a new paper estimating that JPMorgan made 4483 million off of the Madoff fraud. The author's premise and conclusion:

"JP Morgan Chase allegedly had deposits from Bernard L. Madoff totaling $5.5 billion at one point in 2008. The Chase account was supposedly where most of the funds in his Ponzi scheme were deposited. Any large deposit can be a considerable source of profit to a bank. Assuming that the deposits returned the bank’s net interest margin and grew at a random geometric rate, this paper estimates that JP Morgan Chase generated $483 million in after-tax profits from this very large account over the course of sixteen years...

This paper has attempted to estimate the value of the Bernie Madoff Investment Securities’ (BMIS) bank accounts to JP Morgan Chase’s shareholders. This is the first paper to attempt to estimate the profits to JP Morgan Chase generated from Mr. Madoff’s deposits, which reached a balance of $5.5 billion in 2008. Because we only know the peak balance in 2008, this is a somewhat speculative task. In the author’s most preferred model which uses the Monte Carlo simulations of the geometric growth model, he estimates that after-tax shareholder value increased by $483 million due to Mr. Madoff’s very large bank account...

With the Madoff estate insufficient to satisfy creditor’s demands, JP Morgan Chase may be the target of more litigation. It seems that not all profits are worth harvesting.
---------

Remember when JP Morgan sold the bank's stake in Madoff but they didn't tell any of the bank's customers? They used this for a reason: "We did not have the right to disclose our concerns!"

Here was that part of the story:

Chase representatives from the commercial banking side met with Madoff. They wanted to discuss his cash flows and to know what percentage of his portfolio was leveraged, or invested using borrowed money -- and with whom he traded options contracts. The simple math was just as many others had concluded: the options market was too small to handle the size and capacity Madoff was claiming to manage in his supposed options strategy. Moreover, it was implausible that Madoff could be generating substantial positive returns when the S&P 500 index was down 30%.

Madoff wouldn't provide Chase with any of the key information, so managers from Chase's London office, along with colleagues in New York, decided they would go through the back door.

PARCESEPE'S TRADING DESK HAD PEOPLE who regularly traded with Madoff, and they knew the number of trades executed through Madoff. On its trading side, JPMorgan learned that Madoff's trades with Bear Stearns -- by then a part of Chase, and now Madoff's largest counterparty -- could not possibly sustain a portfolio returning 10% to 12% a year on what the bank knew from the deposit side had to exceed at least $7 billion. The Chase team had access to Madoff's account records, which showed huge cash positions until the middle of 2008, when the stock market went into free fall. It was obvious: Madoff was a fraud.

In September 2008, JPMorgan Chase quietly liquidated its entire $250 million position in the Sentry Fund, even though it remained liable on the derivatives it had sold to the wealthy clients. At the time, the Fairfield Sentry investment notes were showing a 5% gain for the year. The bank had concluded Madoff was a phony, and the only way to protect itself was to liquidate anything connected with Madoff.

Not only that, but by September 2008 Chase may have known that if Madoff's hedge fund was a fraud, he was likely diverting his advisory-side funds. Still, Chase continued accepting wires and checks from Madoff's latest round of investors. Throughout the fall of 2008, according to one lawsuit filed against Chase (MLSMK Investments Co. v. JPMorgan Chase & Co. et al., SDNY 2009), the bank "continued to work in partnership with Madoff despite being privy to information that the fraud was collapsing and therefore consuming more and more of the victim proceeds."

A JPMorgan Chase spokeswoman, Kristin Lemkau, told the New York Times the bank withdrew from the Madoff-linked funds after "a wide-ranging review of our hedge-fund exposure." Lemkau acknowledged, however, that the bank also "became concerned about the lack of transparency to some questions we posed as part of our review." Investors weren't told because, under sales agreements, the issues did not meet the threshold necessary to permit the bank to restructure the notes, she said. Under those circumstances, she told the paper, "we did not have the right to disclose our concerns."

Now it appears that JP Morgan profited on the Madoff fraud by almost $500 million.

Remember how bankers always assure the public they never had any exposure? Just like Goldman Sach is never not hedged? Remember what Jamie Dimon, of JP Morgan first said about the Madoff scheme? He said there exposure to Madoff "was pretty close to zero."

In January, almost eight months ago, this blog had a different viewpoint on JPMorgan: First we had this story from the NY Times:

JPMorgan Chase says that its potential losses related to Bernard L. Madoff, the man accused of engineering an immense global Ponzi scheme, are “pretty close to zero.” But what some angry European investors want to know is when the bank cut its exposure to Mr. Madoff — and why.

And then we had this reaction from this blog:

How is it possible that JP Morgan can say their losses are pretty close to zero? If JP Morgan withdrew money just months before an entity imploded, JP Morgan has to give that money back. That is known as "fraudulent conveyance." So now we know how JP Morgan calculates losses that the bank will eventually have to eat. $250 million of losses on the bank's book, is "close to zero." So what does that mean for the hundreds of billions of prime jumbo mortgages that are their books where JP Morgan is acknowledging those losses?

Isn't that rich? JP Morgan develops notes from it's derivative division that allows investors to triple their bets on Madoff, then later, JP Morgan gets squeamish, and yanks their money, but they don't tell any of the investors that they are no longer investing with them.

Why? What prevented this patron bank of virtue from not telling their clients that Madoff was a fraud. Why would JP Morgan leave their clients holding the bag?

And was JP Morgan nervous about Madoff? They had access to other Madoff accounts.

And how did JP Morgan prevent others from selling?

I suppose when that was written eight months ago, some folks wouldn't believe that Jamie Dimon, the nation's banker, was just another banker hungry for fees, and was willing to sacrifice clients in the pursuit of them.

Why would that be such a strange concept? Isn't that, my friends, how Jamie Dimon does business? He took the good assets of Bear Sterns and stuck the bad ones up the taxpayers ass, and then, Mr. Dimon did the same with Washington Mutual, while getting the blessing on both of these transactions by Ben Bernanke and Hank Paulson.

And now, we see he did the same with Madoff; but this time, he pocketed the profits at the bank, and told the Madoff investors to go and screw themselves. Except he didn't use those words. In fact he didn't use any. Because, "we did not have the right to disclose our concerns."

Well, what did you expect? That he wouldn't screw investors just because he didn't get the blessings of Treasury or Bernanke? Why else were those folks thick as thieves?

After all, isn't Jamie Dimon the face of the nation's bank?

Here's the paper on Sribd:

JPMorgan Profited Off of Madoff by $483 Million
Posted by Palmoni at 9:59 PM