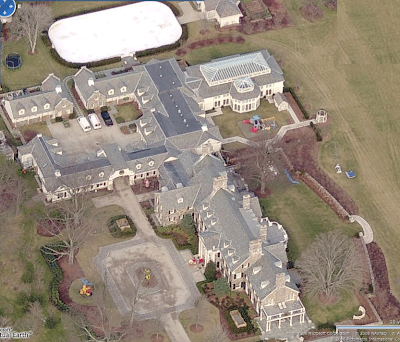 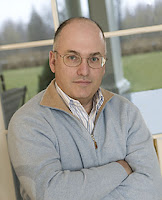 Does Stevie Cohen need some inside information from Goldman? It looks like it.

SAC, the biggest payer of commisions on the Street, is right in Goldman's huddle.
----------
Earlier this week, the Wall Street Journal published what should have been a fairly explosive story implicating Goldman Sachs and its favored hedge fund clients in yet more market miscreancy. Predictably, though, this story did not have what journalists call “legs.” No other mainstream media outlets picked it up. There was no outrage. And there is, of course, no indication that anyone in the government plans to do anything about it.

So allow me to do my small part by reprinting the relevant passage:

“The next day, research-department employees at Goldman called about 50 favored clients of the big securities firm with the same tip, including hedge-fund companies Citadel Investment Group and SAC Capital Advisors, the documents indicate. Readers of Mr. Irizarry’s research didn’t find out he was bullish until his written report was issued six days later, after Janus shares had jumped 5.8%.”

The story goes on to suggest that this is standard operating procedure at Goldman. Every week, Goldman analysts exchange stock tips with each other at a gathering the firm calls the “trading huddle.” After the huddle, the tips are conveyed to as few as six, and no more than 60 preferred clients – presumably all high paying hedge funds, such as the above-mentioned SAC Capital.

The Journal quotes Goldman spokesman Edward Canaday as saying that the tips are nothing more than “market color” and are “always consistent with the fundamental analysis” in published reports. As for the retail investors who might benefit from this “market color,” they are out of luck. Goldman’s spokesman says, “We are not in the business of serving thousands of retail customers.”

No, of course, Goldman is not in the business of serving retail customers. Goldman is in the business of serving SAC Capital, which is known to pay more and higher commissions than any firm on Wall Street (a model pioneered by Michael Steinhardt). And, apparently, one of Goldman’s services is to give SAC Capital advance notice of the contents of its research reports, so that SAC Capital can trade on that inside information, effectively transferring money from the accounts of average investors into the bank account of Steve Cohen, whom BusinessWeek magazine has called “the most powerful trader on Wall Street.”

For those who do not know, Steve Cohen is the proprietor of SAC Capital. He spent his formative years as the top trader for Gruntal & Company, a brokerage that stood firmly on “The Shabby Side of the Street” – as Fortune magazine described it. Gruntal was staffed largely by criminals, some with ties to the Mafia. In the 1990s, Gruntal’s management was implicated in what was then the biggest case of embezzlement in the history of Wall Street.

During his time at Gruntal, Cohen was investigated by the SEC for trading on inside information provided to him by Michael Milken, the most famous – and most destructive – financial criminal the world has ever known. Today, Cohen maintains close business relationships with Milken’s cronies and with former Gruntal managers, such as Howard Silverman, who somehow avoided prosecution, and now operates a “dark pool” platform that allows Cohen to process trades without public scrutiny.

Cohen is no doubt a mathematical whiz (after all, he’s a hedge fund manager). But, with some effort, I have cracked his trading strategy. I’m sure this strategy has some algorithmic expression, but for the sake of simplicity, let us just call it, “cheating.”

First, it was trading on inside information from Michael Milken. Then, a few years ago, it emerged in sworn affidavits that SAC was authoring, and trading ahead of, the so-called “independent” financial research published by an outfit called Gradient Analytics. The SEC’s staff launched an official investigation of Gradient, and began to probe its relationship with Cohen, but ultimately SEC leadership intervened, and the matter was dropped.

This tends to happen — the SEC’s leadership intervenes when its staffers step on the toes of powerful hedge fund managers.

Last December, Deep Capture reporter Judd Bagley broke the news that SAC Capital and Kynikos Associates received advanced copies of reports published by Morgan Keegan, another “independent” financial research shop. It is clear that SAC Capital and Kynikos traded ahead of these reports, which is trading on material, non-public information. The SEC is supposedly investigating Kynikos, but don’t expect any resolution to that case, or any action against Steve Cohen, who is, after all, “the most powerful trader on Wall Street.”

If it seems that nobody much cares that Goldman has been providing such tips to SAC Capital and others, some of the blame must go to the Wall Street Journal, which is a “respectable” publication with a reputation for “balance,” and therefore refrains from saying much of anything at all. The Journal’s story about Goldman could have been the sort of investigative blockbuster that would spur the government to action, but it is so politely worded and so “balanced” that it is possible to read the thing and think that Goldman did nothing wrong.

The Journal reports that “Canaday [the Goldman spokesman] says that analysts are told that any comment at a meeting that could result in a change in a rating, earnings estimate or stock-price target ‘must be published and disseminated broadly to all clients.’ He adds, however, that it is rare that tips arising from the meetings reach that threshold. He says ratings changes after the meets also are rare.”

Elsewhere in the story, the Journal provides two vivid examples that show Canady’s statement to be blatantly false, and yet nowhere does the Journal state (even politely) that Canady spends his days issuing mealy-mouthed platitudes to cover up Goldman’s improprieties. And nowhere is it noted that Goldman’s spokesmen regularly describe the bank’s critics as “conspiracy theorists” or people “who just don’t understand how the markets work,” the implicit threat being that any journalist who asks too many questions will be made to look foolish.

The Journal story states that Goldman provided a “tip” to SAC Capital. It states that this “tip” was articulated in published research report six days later, after the stock had gained more than 5%. But not once does the story state the obvious: that SAC Capital was given advance notice of the contents of Goldman research – a clear violation of law. And, of course, nowhere in the story are we reminded that this is serial behavior. Nowhere are we given any reason to be particularly pissed off.

So what we have is a significant addition to a long list of atrocities, in a story that will, unfortunately, be forgotten.

If the Deep Capture saga doesn't catch any legal attention, then nothing is likely to.

I rode 10K shares of HGSI @ 2.67 from mid June until the announcement and then sold late in the day on that Monday. There was massive put volume in play and my paranoia made me think that they were going to pull another DNDN, so I got out. That cost me about $90K.

That was an awesome read. Give me more!! :P

I'm wondering how do these 'tips' work? Does Goldman wink to someone before a move that Goldman can make happen or do they "guess" other player's moves before they do them?

Goldman's research calls move markets. So they tell others before they make their calls formally in print.

And the institutions, that get these "tips" come back and tell Goldman, who their best analysts are.

Which just means--did the tip move the market!

And then Goldman pays, the analysts who get the most "tips" or recomendations back from the institutions who Goldman gave the tip to first!

A tip for you, a tip for me--it's like payola for touting stocks!

Palmoni - why is the world surprised by these "huddles".

Its not just GS, every bank/broker does this in some form or the other. Have you seen the number of times a stock moves UP the day before a UBS upgrade. How can a boutique research house make $ without informing their best clients first (Meredith Whitney and her warming up call). I would be annoyed if i paid XYZ a lot and i did not get a early read on an analyst "reassessing his view" or "warming up" to a stock. The French banks are even worse. The Italians do not even pretend. Asia is a cesspool.

This is Wall street (which sounds too clean), better Fraud Street. This is what goes on here. People need to learn how to play the game.

Fraud Street!! I need that for a title of a post!